Interest Rates and Spot Prices: How They Affect You 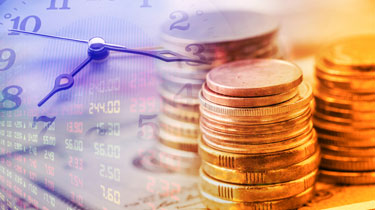 What are interest rates?

Interest rates are the benchmarks or rates at which money is either borrowed or loaned. It is normally expressed as percentages or amounts.

In short: Interest rates determine the cost of money and credit.

The most important interest rates

Federal Discount Rate: The federal discount rate is the interest rate at which commercial and private banks borrow money from the Federal Reserve. Money loaned via this “discount window” helps banks to maintain minimum reserve levels as determined by law.

Changes in the federal discount rate affect the prime rate, which in turn affects consumer spending, inflation expectations and more. These two rates normally move in the same direction.

Prime Rate: The prime rate is in essence a benchmark for lending rates. This index is used to determine interest rates when it comes to personal loans, mortgages and student loans – all consumer loans.

Changes in the prime rate can greatly impact consumer spending.

Federal Funds Rate: The federal funds rate is the interest rate banks charge each other for the use of excess reserves overnight. This allows them to bypass the Fed’s “discount window” in order to meet reserve requirements.

Changes in the federal funds rate can greatly impact on the willingness of banks to borrow money from each other. This in turn can impact on the amount of new loans that become available in the economy at large.

Why are interest rate changes so important?

Interest rate changes, especially changes in key rates, greatly influence the well-being of the economy. It impacts on financial markets, inflation expectations, consumer spending, the value of the dollar, the spot prices of precious metals and more.

In short: Interest rate changes can have a rippling effect on the economy.

What is the spot price of a precious metal?

It’s the price at which a precious metal is available for delivery at the present time. 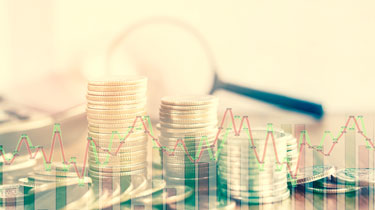 Save money, protect your wealth - Use interest rate changes to your advantage

No guarantee can be given, but you can potentially save a lot of money when it comes to buying or selling precious metals based on interest rate changes.

A good start is to understand how interest rate changes normally affect prices.

Note that I write normally, because a lot of what happens nowadays is not as clear-cut as in the past. I will explain…

Physical gold and silver ownership - Hedge against the dollar

Amazingly precious metals such as gold and silver – money metals – have proven time and time again to be the ultimate protection against the collapse of fiat currencies.

This makes physical gold and silver the ultimate hedge against the dollar. This is regardless of propaganda or arguments to the contrary, including the argument that gold is a barbarous relic out of the past.

Ask yourself: If true, why are important role-players such as central banks still buying gold in this day and age?

Interest rate changes and the dollar

Interest rate hikes are said to be good for the dollar – less consumer spending, a lower rate of inflation and more.

On the other hand, a fall in interest rates are said to be bad for the dollar - more consumer spending, a higher rate of inflation and more.

In short: Higher interest rates are normally good for the dollar and bad for gold and silver (and precious metals in general), but this is not always the case.

Why is a higher rate of inflation bad for the dollar?

The dollar is losing value faster when prices, in general, are increasing at a higher rate. It costs more to buy the same basket of goods and services than previously. 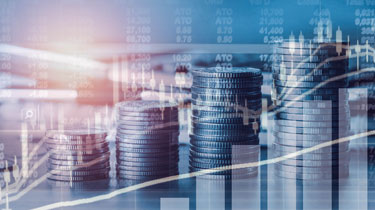 This general increase in prices, when not backed by the right kind of monetary expansion (e.g. helicopter money), can easily be mistaken for progress. This creates a dangerous illusion of wealth that must come to an end at some stage or another.

The reality at this stage - whether we like it or not - is that they have to maintain the illusion of a strong dollar at any cost, even in a low-interest rate environment. They have to keep the prices of gold and silver as low as possible relative to the dollar and other fiat currencies.

Ask yourself: Can they substantially hike interest rates without destroying the economy and the dollar and other fiat currencies along with it?

How do the spot prices of precious metals react to interest rate changes?

An interest rate hike, even the mere hint of a possible hike, is normally enough to send the spot prices of precious metals down.

This is normally followed by a recovery as buyers continue to load up at lower price levels – backing up the truck so to speak.

Take for example the decision in May this year to leave key rates unchanged. It was not enough to move spot prices.

However, they hinted at the possibility of seeing gradual increases in the federal funds rate in the future. This sent gold and silver prices lower and strengthened the dollar.

In another example, the Federal Open Market Committee (FOMC) decided to raise the federal funds rate. This unexpectedly led to a temporary increase in gold and silver prices. This was the result of speculators that first went long and then shorted gold.

The crux of the matter

Whether spot prices move up or down in reaction to interest rate changes – real or perceived, understand that such price movements are normally short-lived, mainly due to the activities of speculators.

Make use of any such window of opportunity to potentially save money – and a truckload of it!