Towards the end of the summer of 2019, with little fanfare the United States Mint added a product to its product schedule, a second 2019-dated Enhanced Reverse Proof American Silver Eagle following the one issued on July 3 as part of the U.S.-Canada Pride of Two Nations set. That set included a 2019-W Enhanced Reverse Proof Silver Eagle – the first coin ever issued with that finish, which has “the same frosted background as a standard Reverse Proof, but different design element finishes.” In particular, the Enhanced Reverse Proof “has the same frosted background as a reverse proof coin, but what sets it apart are the multiple polished and frosted finishes applied to different isolated design elements. The selective polishing and frosting dramatically enhances the visual impact of the design,” according to the United States Mint.

When the U.S Mint first added the second coin of this type to its schedule slated for a November 14 release, collectors did not know how it would differ from the coin issued in the set, but many speculated it might be issued by a different branch of the United States Mint. Sure enough, not long after, the listing was updated to indicate the new Enhanced Reverse Proof coin would be struck at the San Francisco Mint, which has a reputation for producing high-quality Proof collector coins.

About a week later came the huge news that startled many collectors of the Silver Eagle series: the 2019-S Enhanced Reverse Proof will have a maximum mintage of just 30,000 coins and a household limit of one! This very bold move by the Mint is an example of the efforts of current Mint Director David Ryder to shake things up at the United States Mint. In particular, the coin should further increase the number of collectors of the iconic Silver Eagle. 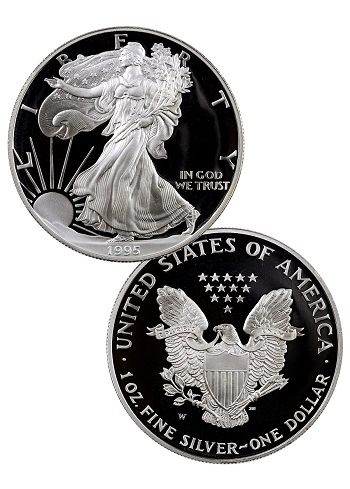 No previous coin in the series has ever had a preset mintage limit this low.  In fact, the current King of Silver Eagles is the 1995-W Proof, which has a mintage of 30,125 coins. That coin was the first Proof struck at the West Point Mint with a ‘W” mint mark and is described as “one of the most important and coveted of all modern U.S. coins” in the 100 Greatest U.S. Modern Coins, where it is ranked as number 4. The authors add that calling it the series king is an understatement and that its value (ungraded) is “nearly equal to that of all the other coins in the series combined.”

It is important to remember that this coin’s mintage was a product of an unusual circumstance that has never been repeated. It was not sold individually by the Mint and could only be purchased from the mint as part of the 1995 10th anniversary American Eagle set with a maximum authorized mintage limit of 45,000 units that included one of each size of American Gold Eagles issued in Proof that year and the 1995-W silver Proof. Many buyers were unwilling back then to pay $999 to purchase the gold coin set to also get the Proof Silver Eagle. The other Proof Silver Eagle issued that year, the 1995-P, ended up selling 500,000 coins.

By the time the anniversary sets were offered towards the end of that year many collectors had already purchased their coins for the year. Some felt inconvenienced and many others outraged at having to spend so much money to get the other Proof silver coin, leading many to opt out of that purchase.

The 1995-W Proof immediately garnered a value of several hundred dollars once sales of the sets ended, and its value continued to climb, though in the earlier years at a measured pace and later at a more accelerated rate.

In the past couple years, when a Silver Eagle was issued that ended up having a low mintage such as the 2017-S Proof, those who follow the series would discuss where the new coin ranks among the lowest-mintage issues. In the case of the forthcoming 2019-S Enhanced Reverse Proof, there is no need to look up mintage figures for the other coins because most dedicated collectors of the most widely collected modern silver coin in the world are well aware of the 1995-W Proof mintage.

The news of the mintage of the new coin has not surprisingly led to a lot of excitement among collectors as well as concern that with such a low mintage, obtaining a coin from the United States Mint could be very challenging. 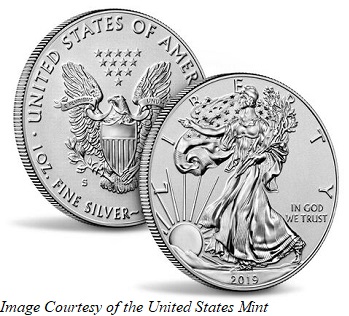 The other main topic of discussion is how the new low mintage key will affect the value of the 1995-W coin. Many collectors have said they believe that having two coins with almost identical mintages will lower the value of the 1995-W, but that view overlooks certain important facts. For one, series keys or kings never emerge instantly. They emerge over time as demand rises for a very limited supply of coins, and as more collectors come to understand what numismatic author Eric Jordan, who co-authored with John Maben, Top 50 Most Popular Modern U.S. Coins, refers to as the importance of relative, not absolute rarity of a coin. Jordan added that the 1995-W Proof is a “textbook case of the importance of relative rarity in large population series.”

The other point to remember is that there are only about 1,000 Proof 70 examples of the 1995-W (381 graded by PCGS and 604 graded by NGC), whereas the more advanced minting technologies used today should result in a much higher number of Proof 70 examples of the 2019-S Enhanced Reverse Proof. However, it remains to be seen how well the new coin grades and how many coins are submitted for grading.

Michael “Miles” Standish, NGC Vice President and co-author with John Mercanti (designer of the reverse of the Silver Eagle) of the best-selling guide to the series, American Silver Eagles: A Guide to the U.S. Bullion Coin Program (Whitman, 2017) offered this perspective on the forthcoming coin and how it may impact the 1995-W for this article: “Yet another fabulous coin in the Silver Eagle series. The quality of coins should produce a good number of 70 coins. The impact on the Proof 1995-W. I would suggest it’s only a positive effect. This coin like many other low Mintage Reverse Proof and Enhanced coins should bring many new buyers into the Silver Eagle market.”

There is no way to predict today how the new coin will perform apart from the fact that it will uvery likely be an instant sell-out from the Mint and that it should immediately acquire a strong premium. How much of a premium, what graded 70s will fetch, and how it will ultimately impact the 1995-W all remain to be determined by the actions of collectors and dealers and the dynamics of the coin market.