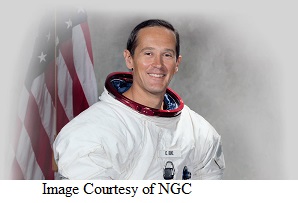 In 1969, the world watched in awe as Neil Armstrong and Buzz Aldrin became the first men ever to set foot on the surface of the moon. Tears came to the eyes of many as the rock that is over 200,000 miles away seemed just a little bit closer. So, too, by extension, did the rest of the universe. Now, Mints around the world are celebrating the 50th anniversary of that first lunar visit, and Numismatic Guaranty Corporation (NGC) is contributing to the festivities through their partnership with astronaut Charlie Duke.

Charlie Duke was born in North Carolina and grew up in South Carolina and Florida. After graduating from Admiral Farragut Academy in St. Petersburg as the school’s valedictorian, he entered the US Naval Academy, from which he graduated in 1957. He then entered the Air Force, training in Georgia and Texas before serving as a fighter interceptor pilot Ramstein Air Base, which was situated in then-West Germany. Duke then entered Aerospace Research Pilot School, from which he graduated in 1965. Duke earned a spot as one of nineteen men in NASA’s fifth group of astronauts in April of 1966. To say that his record of service to the space agency was “distinguished” would be a gross understatement. Duke served as part of the Apollo 10 mission’s astronaut support crew and then as CAPCOM for the Apollo 11 mission, the one that landed men on the moon for the first time. In fact, he was Neil Armstrong’s contact on earth during the lunar landing. Few realize that the team was just 17 seconds away from aborting the landing due to unexpected challenges. Armstrong’s outstanding skill as a pilot and was the primary factor in the successful landing, but Duke was in communication with him during some of the tensest moments in the history of space exploration.

Duke’s next involvement was in the famous Apollo 13 mission. He was initially the backup Lunar Module Pilot, but he caught German measles. He unwittingly exposed the prime crew to the disease as well, ultimately forcing Ken Mattingly, the Command Module Pilot, to be reassigned to the same position for the Apollo 16 mission.

Duke joined Mattingly on the Apollo 16 mission as the Lunar Module Pilot. It was that Mission which would finally grant Duke time on the lunar surface, making him just the 10th human ever to walk on the moon. Along with Commander John Young, Duke set a new record for the longest stay on the surface of the moon, logging 71 hours and 14 minutes there. That included 20 hours and 14 minutes of extravehicular activity, which was also a record. 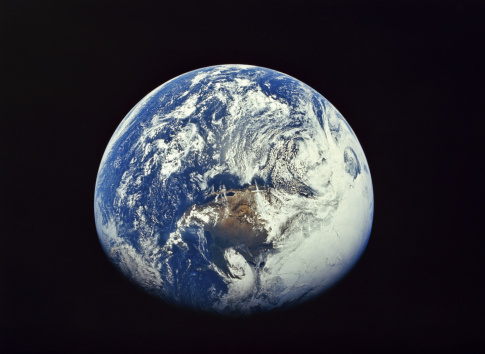 Duke recently told Business Insider that he almost died on the surface of the moon during the Apollo 16 mission due to performing what he called, “Moon Olympics.” Before departing the surface, he tried to do a high jump, shooting himself far higher off the surface than would have been possible in space.  However, he was still lugging around quite a bit of life supporting equipment, he fell hard onto his back, and onto the very essential systems of his suit. Luckily, after a scary couple of moments, it was determined that all was well.

Duke would go on to serve as the backup Lunar Module Pilot for the Apollo 17 mission. That mission broke several records, including Duke’s own records for lunar surface stay and extravehicular activities. He retired from NASA in 1975.

In 1963, Duke married Dorothy Meade Claiborne. They remain married and have two grown sons. The relationship between the two had major struggles, but Dorothy converted to Christianity. Charlie followed her in 1978. Both say that religion made their lives happier. At 83, Charlie continues to be active in prison ministry. In 2018, Thomas Bach, the President of the International Olympic Committee, presented him with the Sky is the Limit Trophy.

NGC entered into a partnership with Duke. The grading company created a unique label that features an image of him standing on the surface of the moon. Duke signs these labels by hand, providing collectors with a unique and intimate connection to one of the twelve men to have walked on the moon. NGC is using these labels for coins that have been issued to celebrate the 50th anniversary of the Apollo 11 mission. Given Duke’s participation in that mission, the connection is even more fitting. GovMint.com is currently offering a variety of Apollo inventory from Mints around the world with this exclusive Charlie Duke signed label including the historic two piece collaborative Apollo 11 Moon Landing set issued by the United States Mint and the Royal Australian Mint, the stunning black nickel plated 1 oz. Apollo 11 Domed coin also issued by the Royal Australian Mint, and more! If you have already found that perfect Apollo 11 commemorative piece for your collection, we also have Ike Dollars (which feature the original Apollo 11 Mission insignia on the obverse) and clad Kennedy half dollars also featuring Charlie Duke's authentic hand signed label. Now you can bring a part of one of the most pivotal moments in all of human history to your collection complete with the signature of a true American hero and just the 10th person ever to walk on the surface of the moon.