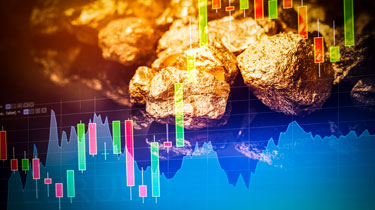 Precious metals, gold in particular, are in the news almost daily. In the fall of 2011, gold reached a high of just over $1900 per ounce. “How does that metal boom compare to the price explosions and subsequent collapse of 1980?” you may ask. As we know, those who fail to learn from the past are doomed to repeat it. Let us examine the differences so that we can make better choices going forward.

Many are astounded that gold has reached incredible new heights and that rare coins have, in many cases, actually fallen. There are many reasons for this phenomenon. First, unlike 1980, rare coin prices are not starting from almost zero. The rare coin market is much more mature than it was at that time. Most importantly, the rare coin market is much broader than just a handful of newly rich dealers who are plowing all of their money into numismatics. In fact, many of today's rare coin dealers are only peripheral players in the present bullion market. More than a few feel like bystanders in the boom of fall, 2011. Much of the bullion fortunes today are being made by large scrap gold dealers with little interest in rare coins.

The overall weak economy in 2011 is also a major factor in the rare coin market. Many rare coin buyers felt very flush when their homes were increasing in value at a rapid pace. This has hampered many of the middle market buyers. As we all know, however, the top end of the market buyers seems unaffected by the weak economy. Trophy coins continue to break price records when offered for sale. Top end retailers like Tiffany continue to do well, even as the country seems trapped in an economic malaise.

Unlike 1980, much of the action in rare coin shops is from buyers, not sellers of precious metals. With the United States and Europe trapped by promises that can't be fulfilled, many are turning to precious metals as insurance. For the first time, gold is now seen as a currency in and of itself, one that can't be printed to worthlessness. This is the most profound difference from the 1980 boom, 1980 was all about speculation and getting rich quick. Today gold buyers are just seeking safety for the wealth they have already accumulated. Gold is no longer of interest to only gold bugs and the survival crowd; it has definitely gone mainstream. Whether or not today's prices represent a bubble will only be known in the future.

The Ties Between Rare Coin and Bullion Prices

Rare coins are also being negatively impacted by the high price points, being assigned to even the most common gold coin. Nearly any double eagle now trades for over $2,000. This has reduced the number of available buyers. Other silver and gold related series have been affected, as well. Many of the country's largest mass market companies are focusing on lower price coins to increase sales volumes.

Rare coin grading is also another major difference today than in 1980. In 1980, grading was nearly a free-for-all. Grading was much less standardized and fraud was commonplace. Rare coin certification has made buying numismatics items a much safer proposition. We also have population reports to accurately gauge actual rarity. Most underestimate the true value of this incredible tool. In 1980, some thought a Gem 1881-S Morgan Dollar was actually rare. Who could have guessed that 30 years later, NGC would have graded over 65,000 coins in MS-65 or better condition? The same can be said for coins that actually turned out to be very rare. Several dates of Morgan Dollars have very few graded in Gem condition after 30 years of certification.

The highest impact that the 2011 precious metals boom has on the rare coin market is the attention that is now being paid to tangible assets. Lots of investors have lost faith in Wall Street and think stocks are a rigged game, while others worry about the decline of the U.S. dollar. The list goes on for the public's dissatisfaction with paper assets.

Everyone worries about the possibility that the gold prices represent a bubble. This time, however, the rare coin market is positioned to much better absorb a fall in metal prices. The market is many times larger in 2011 than in 1980, and most of the rare coins are spread among a large number of collectors. The basic fundamentals for rare coins remain strong. We have a large, very educated collector base, and a rather limited supply of nice coins. The future of numismatics looks bright, regardless of how gold and silver perform.