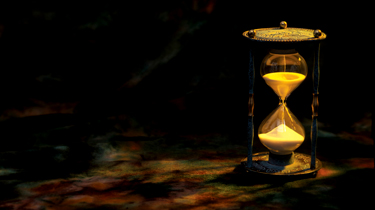 Quite often, we hear someone wane with nostalgia, fondly remembering the “good old days,” and longing for a simpler time again. Anyone older than 30 probably thinks life was better in the old days. Yes, life was much less complicated before we were all connected 24/7, but was it really better?  Florida was dynamic and beautiful in the 1920’s, but who would want to live there before the days of air conditioning? Does anyone really want a sausage made in Chicago at the turn of the 20th century? People seem to only remember what was good and forget the bad.

Anyone reading letters to the editor of major coin publications, or on some of the online numismatic chat rooms might think the world would be better off without the major grading services. There are consistent complaints about various perceived injustices done by the grading services; each week a new subject seems to surface that riles the masses. For a service that is used so widely by so many, it is confusing to see complaints outweighing praises. Each month, hundreds of thousands of coins are certified. The grading services must be doing something right.

Many of today’s collectors have not been around long enough to remember the world of numismatics before third-party certification and as a result, most take it for granted. I remember when the concept was first unveiled in the early 1980’s.  I was quite skeptical that a third-party could assign a grade to a coin that everyone would agree upon. Think how radical this was! At the time, many dealers specialized in certain areas of the market, and their grades were the gospel; having an independent party step up and make the grading decision was quite hard for many to accept.  Quite a few exited the business because they could no longer dictate grades as it suited them. For the first time, collectors could buy coins and not be an expert. They could trust someone else who said they were an expert to grade their coins.

Everyone has heard the term apples to apples. Well, quite a few collectors in the 1970’s and early 1980’s found out they had bought rotten apples the hard way. Although grading standards have shifted somewhat over the decades, it is incomparable to some of the wide variations found before certification took hold in the marketplace. Buying a coin as Brilliant Uncirculated and finding out when it’s time to sell it that it is worn at the high points can be very discouraging. Looking back on the hobby, it’s amazing the industry thrived to the degree that it did.

Many of today’s collectors take for granted the coin they are buying is accurately graded, genuine, not retoned and never wizzed. Thirty years ago, this was not so easy.  Grading and evaluating rare coins is complicated and difficult to master. Collectors can become skilled in some areas, but it takes time to accomplish such proficiency.  Can you imagine looking at one of your favorite issues that is uncertified, and trying to make a purchase decision based only on your own skill or the statements of the seller? It would be pretty scary for most.

It is also a fair statement to say that the rare coin industry would be much smaller without third-party certification. There is little doubt that rare coins are a billion-dollar per year business.  When I conducted rare coin auctions in the early 1980’s, a $4,000,000 sale was considered quite large. Today, a mid-size convention auction might generate $25,000,000 in gross sales.  The growth of rare coin sales and prices has very much to do with third-party grading. Anyone with an investment in rare coins has a stake in the survival and acceptance of third-party grading. The millions of dollars that flow into our hobby each year would not be possible without the integrity and reliability of third-party grading. Next time you see someone who works for NGC, thank them instead of complaining!