The West Point Mint: A Giant of American Coinage

The West Point Mint was built during the Great Depression in 1937 and opened its doors as the West Point Bullion Depository the following year. It was nicknamed “The Fort Knox of Silver” because it was built to store silver. The mint has a fascinating history, including half a century prior to its designation as an official US Mint. Today, it produces some of America’s most important bullion and collectable coinage as it continues to add to its rich numismatic tradition.

Humble Origins and Beyond

One of the most important chapters in the mint’s history was written during World War II. The Lend-Lease Act, which passed in 1941, permitted the President of the United States to provide military aid during World War II, including prior to the nation’s formal entry into the war. The West Point Mint ended up loaning silver not only to foreign nations but also to American industry and the Atomic Energy Commission in 1942. This proved vital to the Allied war efforts and provided the Commander in Chief much needed flexibility. 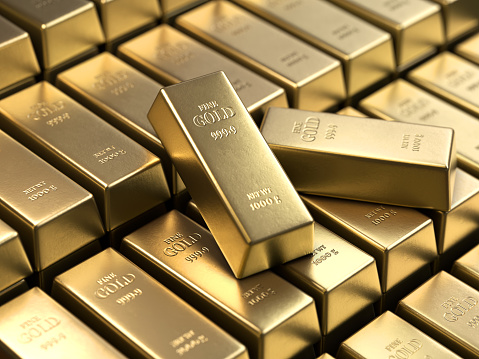 Although it had not yet earned Mint status, the West Point facility struck coins for the first time in 1973. During this time, it reduced the pressure on other mints by striking pennies, which it produced through 1986. These points did not have mint marks, so they were indistinguishable from those struck in Philadelphia. In 1976, the mint started operating a new press that struck four coins at once to strike bicentennial quarters. It also struck quarters from 1977-1979. The quarters, like the pennies, lacked mint marks.

The history of the mint took a dramatic turn in 1980 when it began striking gold medals. Not long after it began doing so, it became a storage facility of $20 billion in gold. That figure placed it second only to Fort Knox in terms of gold storage.

The 1980s were an important decade for the facility. In 1983, the “W” mint mark made its debut on a $10 Gold Olympic Commemorative that was issued to celebrate the 1984 Summer Games in Los Angeles. The strike was significant not just for the West Point facility but for American coinage generally, as it was the first legal tender gold issue in the United States since 1933. Four years later, the facility began striking American Gold Eagles, the country’s oldest modern bullion coin. In 1988, the facility was finally granted mint status. 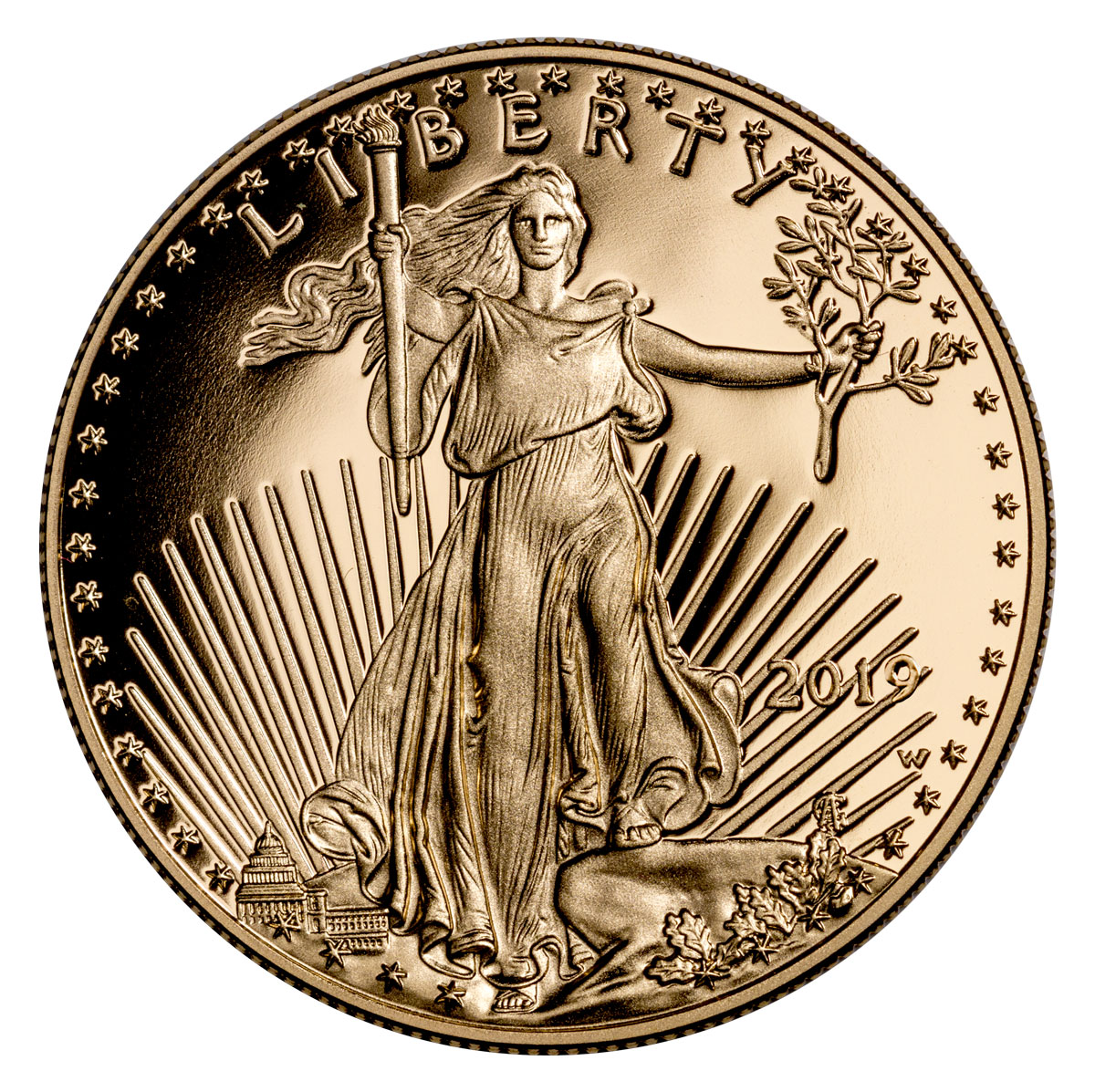 Although collectors may think of the mint when they hear the words “West Point,” for most people the first thing that comes to mind is the United States Military Academy (USMA). The mint is situated near the campus, though unlike the campus, no tours are offered. The relationship between the mint and the academy was solidified in 2002 when the USMA celebrated its 200th anniversary. The West Point Mint struck a commemorative silver dollar to mark the occasion.

Today, the West Point Mint is critically important to coin collectors. The mint produces gold, silver, platinum, and palladium Eagle coins, including all proofs for each of them. It has also struck Gold Buffaloes since 20006. In addition, the facility puts out many commemoratives, each of which bears the mint’s “W” mint mark. The mint continues to store gold, but only enough silver to strike the coins that it produces is kept on site.  The mint’s security is extremely tight because of the large quantities of gold that are kept on site.

In 2017, thanks to a Freedom of Information Act (FOIA) inquiry filed by Coin World as well as efforts by Numismatic Guaranty Corporation (NGC), the United States Mint revealed a breakdown of which bullion Silver Eagles were struck at which mint facilities. With this information, NGC can verify which bullion Silver Eagles were struck at which branch of the Mint even though they do not bear a mint mark. This information appears on certification labels with the mintmark appearing in parentheses. As an example, a “Struck at West Point Mint” Silver Eagle will not carry the “W” mint mark on it physically, but an NGC certified option will carry (W) on its label. This tradition has continued since this discovery in 2017 and 2020 is no exception. NGC continues to verify and certify “Struck at Silver Eagles” for discerning collectors around the world.

In addition to its regular run of bullion, proof, and commemorative coinage, the mint has struck several special issues at various times. In 1996 and 2015, it struck Roosevelt Dimes with the “W” mint mark. The former was struck in celebration of the coin’s 50th anniversary, while the latter were issued as part of a three-coin March of Dimes commemorative set.

2014 saw two special issues to mark the half century mark of the Kennedy Half Dollar. One was a reverse proof silver issue, while the other was a 24-karat gold proof. Both coins bore mint marks. The following year, the mint struck 90,000 Sacagawea Dollars for a special Native American Coin and Currency Set.

2019 is shaping up to be a banner year for these special West Point Mint issues. In April, the Mint released the first ever quarters to bear its “W” mint mark. These were the first quarters that could ever be traced to the mint due to the overlap of no mint mark quarters of previous issues. The Mint released 10 million of these quarters directly into circulation, giving passionate collectors and those who just dapple alike the opportunity to enjoy the thrill of the hunt. None of these coins were produced exclusively for collectors, so those who want them will need a little luck in finding them!  These quarters bear the 2019 America the Beautiful designs. 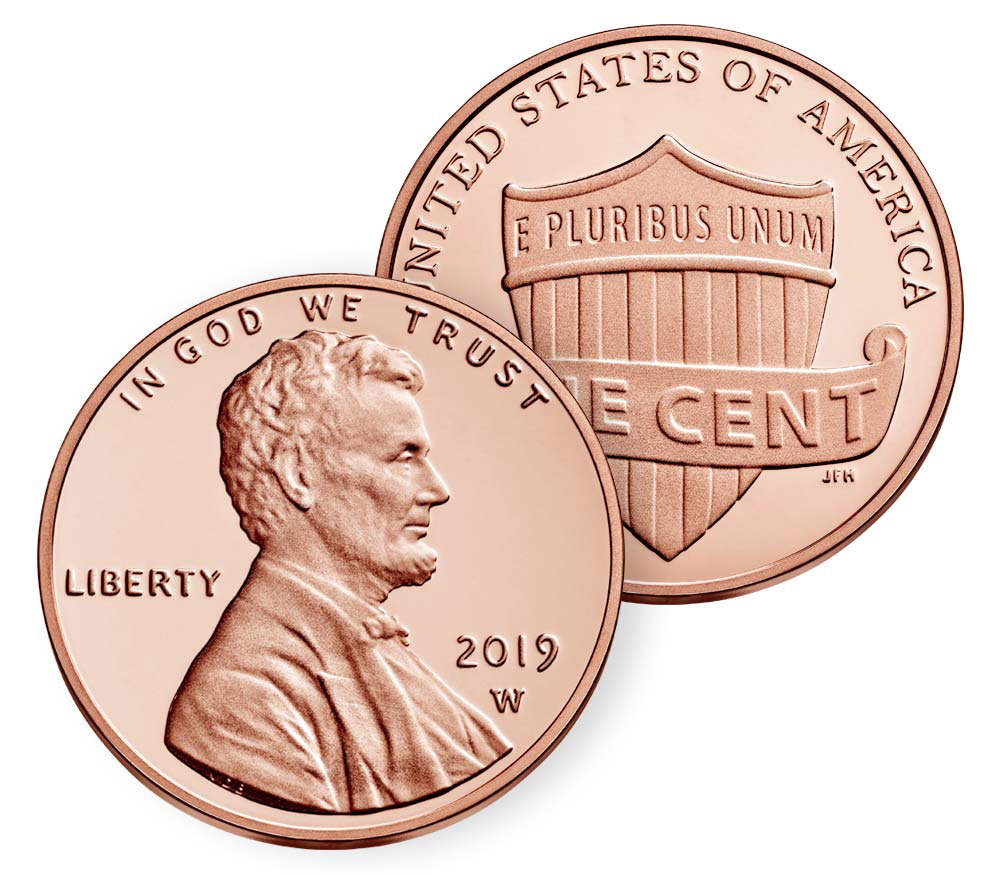 The first ever Lincoln Cents to bear the “W” mint mark are also being released in 2019. In contrast to the quarters, these are available exclusively for collectors, as they were issued with various sets issued by the U.S Mint. The issues include a proof, which was released in March with the 2019 Proof Set, a reverse proof, which was released in April  with the 2019 Silver Proof Set, and an uncirculated piece, which is set to be released on May 14 along with the 2019 Uncirculated Mint Set. Collectors who get these special coins are sure to treasure them for decades to come.

Although it has been recognized as an official Mint for just over thirty years, the West Point Mint has played an outsized role in American numismatics and precious metals for over eighty years. From its role as a lender of silver during World War II to its modern role as one of America’s largest gold storage facilities, the mint has been and continues to be indispensable. Collectors of American bullion and numismatic coins alike rely on it to produce some of the country’s most important coins today, while some of the facility’s 2019 issues offer all Americans the opportunity to discover a part of American history. Be sure to pick up each of the sets that come with a special issue penny this year, and don’t forget to check your change for hidden gems!

GovMint.com® is a retail distributor of coin and currency issues and is not affiliated with the U.S. government. The collectible coin market is unregulated, highly speculative and involves risk.  GOVMINT.COM MAKES NO WARRANTIES, REPRESENTATIONS, OR PROMISES AS TO ITS PRODUCTS EXCEPT THOSE SET FORTH IN ITS TERMS AND CONDITIONS, AND NO IMPLIED WARRANTIES OF MERCHANTABILITY OR FITNESS ARE MADE. Prices, facts, figures and populations deemed accurate as of the date of publication but may change significantly over time.   © 2019 GovMint.com. All rights reserved.
← Previous Next →
Related Products