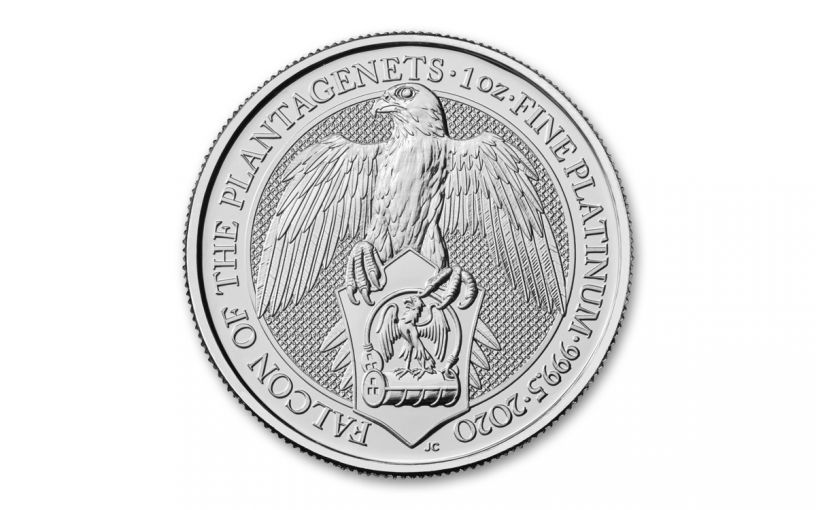 Availability: Out of Stock
This item is currently Out of Stock. Please sign up to be notified if this product becomes available.
Item #
355513
Add to Wish List Add to Wish List Wishlist is for registered customers. Please login or create an account to continue. Add to Compare

Here’s your chance to bring the Queen’s Beasts Falcon home in a full ounce of 99.959% Platinum, with a reverse designed by the talented Jody Clark, Royal Mint Engraver and designer of the current effigy of Queen Elizabeth II. Your coin has a legal-tender value of £100 (one hundred pounds) and comes in gleaming Brilliant Uncirculated (BU) condition, meaning it is as fresh and crisp as the day it left the mint. This wonderful coin and its exciting designs are breathtaking – it’s no wonder each entry of the Queen’s Beasts series has proven incredibly popular. Don’t wait for our supply to fly away, order yours today!

The flight of a falcon is fast and direct – and between the expected demand by both coin collectors and Platinum stackers, you’ll have to be fast, too! Don’t miss out; add this magnificent coin to your cart today!