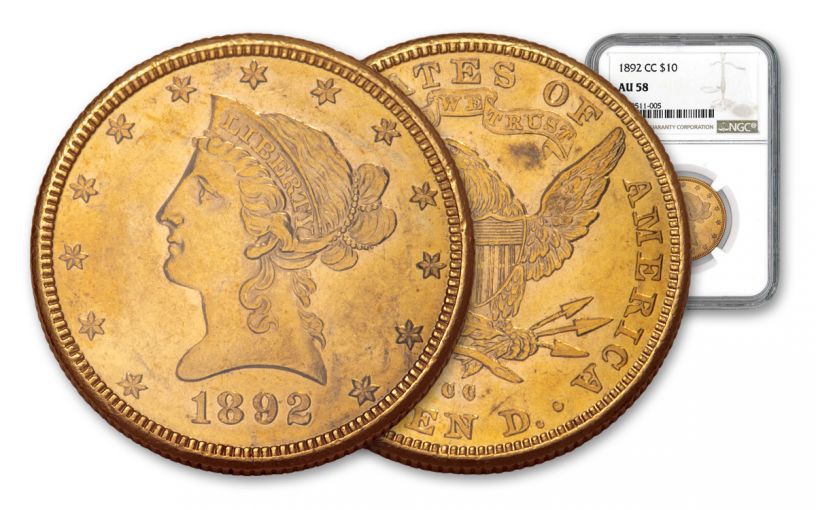 Availability: Out of Stock
This item is currently Out of Stock. Please sign up to be notified if this product becomes available.
Item #
338765
Add to Wish List Add to Wish List Wishlist is for registered customers. Please login or create an account to continue. Add to Compare
Recommended Products
Product Description

Just 542 have ever been submitting for grading, and this coin comes graded by the Numismatic Guaranty Corporation (NGC) as being in near-Mint State About Uncirculated-58 (AU58) condition, with solid eye appeal and very few coins graded above it. We only have one in our vault, so hurry and secure it for your gold type set collection now.

Fill in a hole in your U.S. Gold Type Collection with this 1892-CC $10 Liberty graded in About Uncirculated 58 (AU58) condition. It’s the second-to-last Gold $10 Liberty from the Carson City Mint and we have just one coin available so reserve it now while you still can!