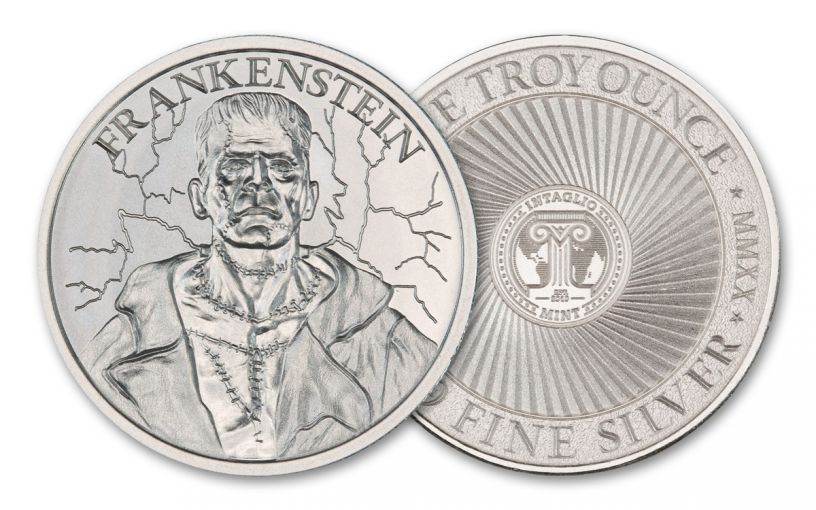 Availability: In Stock
This item will ship within 2 business days.
Item #
361176
Add to Wish List Add to Wish List Wishlist is for registered customers. Please login or create an account to continue. Add to Compare

It’s hard to believe, but one of the most famous gothic horror novels ever written was the work of a girl barely out of her teens. Mary Wollstonecraft Shelley was inspired to write her ghoulish story by a group of friends led by her famous husband, author Percy Bysshe Shelley, and his friend, poet and all-around rogue Lord Gordon Byron. At the height of one particularly stormy evening during their sojourn across the European continent, the group decided they should each write a ghost story.

Young Mary crafted a tale by drawing on stories she had gleaned about the ruins of nearby Castle Frankenstein, where a century earlier an alchemist named Johann Conrad Dippel had been accused of robbing graves and performing gruesome experiments with corpses in an attempt to discover the secret of immortality. The hilltop fortress, which overlooks the city of Darmstadt, Germany, still stands to this day and is a popular tourist attraction thanks to the novel and its sanguinary reputation. Published in 1818, Frankenstein has stood the test of time. And almost from the moment Shelley breathed life into her literary creation, the monster has stomped across stages, screens and televisions much to the delight of fans across the world.

Now Frankenstein’s Monster is ready to step into your collection with this positively frightful medal struck by the Colorado-based Intaglio Mint that features the hulking man-made creature looming out of the darkness while lightning flashes in the background. Struck in one Troy ounce of highly pure 99.9% silver, it shows an image of the Frankenstein Monster that bears more than passing resemblance to actor Boris Karloff as he appeared in the iconic 1931 film. Depicted with his recognizable mishappen flat-topped skull and stiches crisscrossing his body, the monster has never looked more terrifying!

Each medal available in this offer will also come in original Gem Brilliant Uncirculated (BU) condition with razor-sharp details that are as fresh and crisp as they day the medal left the mint. This offer is a real no-brainer; start assembling your collection today with one of these cool silver pieces!

THE WORLD’S MOST FAMOUS MONSTER – The terrifying image of the Frankenstein Monster looming out of the darkness while lightning flashes in the background is sure to send a shiver up your spine. The reverse features the Intaglio Mint emblem, the silver weight & purity and the date of issue in Roman numerals (MMXX).

STRUCK IN HIGHLY PURE SILVER – Each Silver Vintage Horror Series Frankenstein Round was struck in a Troy ounce of highly pure 99.9% fine silver and measures 39 mm in diameter.

BRILLIANT UNCIRCULATED CONDITION – Your Intaglio Mint Two-Ounce Silver Vintage Horror Series Frankenstein Round will come in original Gem Brilliant Uncirculated (BU) condition, as fresh and crisp as the day it left the mint.

The Frankenstein Monster walks again on this frightfully good One-Ounce Silver Vintage Horror Series Medal from the Intaglio Mint’s Vintage Horror series. Order now; it will make a shocking addition to any collection!