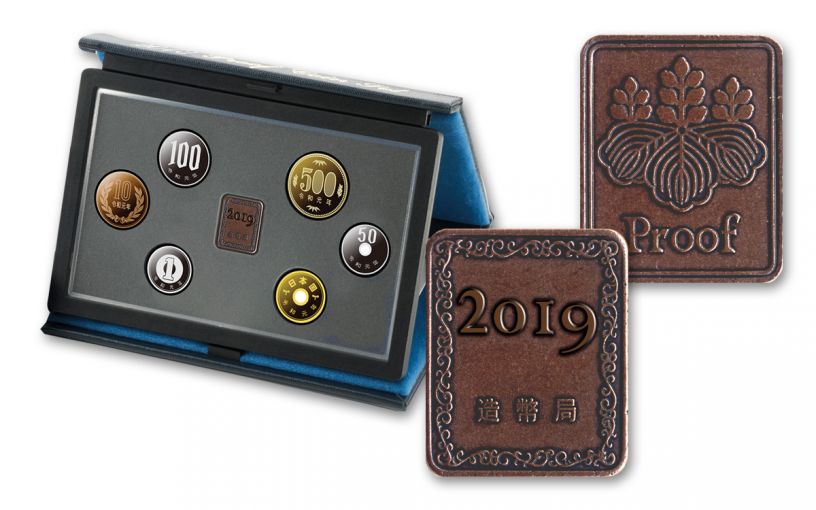 Availability: Out of Stock
This item is currently Out of Stock. Please sign up to be notified if this product becomes available.
Item #
354054
Add to Wish List Add to Wish List Wishlist is for registered customers. Please login or create an account to continue. Add to Compare

The Second Japan Proof Set of 2019, and the First of the New Japanese Era

In Japanese culture, the ascension of new emperor inaugurates a new era of history. After the abdication of his father, Crown Prince Naruhito became Emperor Naruhito on May 1, 2019. This historic act began the era of Reiwa in Japan. As Japan’s Proof Sets make reference to the current emperor, a second wave had to be released – making this Japan Proof Set the second to be released in 2019, but the first to mention Emperor Naruhito!

Much like the U.S. Mint, the Japan Mint also issues spectacular Proof Sets each year. The set includes proof versions of each circulating coin issued by Japan – the 500-Yen, 100-Yen, 50-Yen, 10-Yen, 5-Yen and 1-Yen coins. These legal-tender coins were expertly crafted by the mint from hand-selected planchets, polished dies and multiple strikes to produce beautifully frosted details rising over mirror-like fields. Each set will also come in an official mint box and presentation case.

The seventh piece of the set is a rectangular copper medal set into the center of the packaging depicting the year date along with a paulownia flower. The paulownia tree is significant in Japanese culture – it was once customary to plant one upon the birth of a daughter, and then use the resulting tree’s wood to carve her a present for her wedding day.

Domestic demand for these sets is already incredibly high, limiting the amount made available to overseas markets. Being a “first-year-of-issue” variety, these Proof coins are sure to disappear quickly. Secure your seven-piece 2019 Proof Set now and mark the start of the Reiwa Era.

These coins reference the new Emperor – a complete second Proof Set for 2019! Don’t miss out on this “first-year-of-issue” variety!