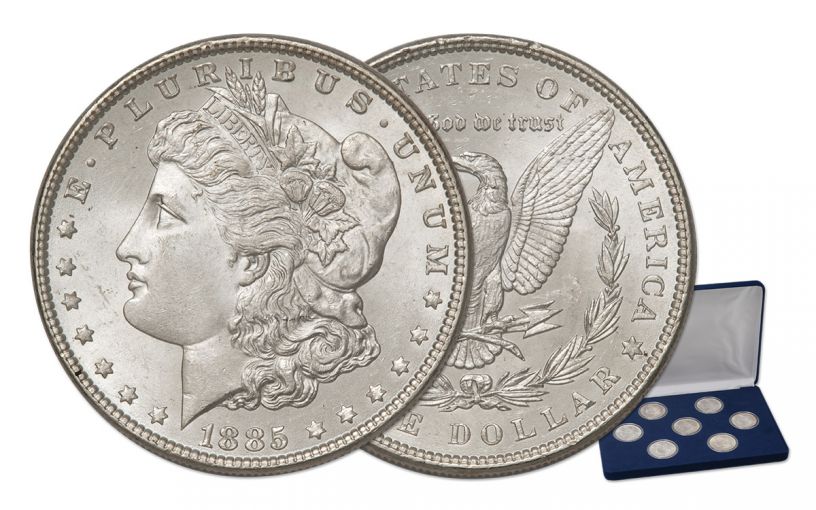 Availability: Available for Order
This item will ship 10/26/20
Item #
263953
CC Payments as low as
$199.67 / month
Add to Wish List Add to Wish List Wishlist is for registered customers. Please login or create an account to continue. Add to Compare

Paying Tribute to One of America's Greatest Hoards!

One of the most collected vintage silver dollars in the world is the Morgan Silver Dollar -- despite (or perhaps because of) the fact that only an estimated 15% of Morgans ever struck still exist. Fortunately for collectors, a massive Morgan hoard was released in the early 1960's -- the largest hoard of silver dollars ever released! That collection, of course, is the fabled Treasury Hoard!

This seven-coin set pays tribute to this incredible hoard and includes the 1880-S, 1881-S, 1882-S, 1884-O, 1885-P, 1886-P and 1902-O Morgans. Each is presented in Brilliant Uncirculated (BU) condition and protected in a numismatic capsule. Your set will also come housed in a deluxe presentation case, including a Morgan storybook, a storycard on the Treasury Hoard release and the 120-page book "Morgan Dollar" by Miles Standish. Augment your Morgan collection today, or help a new collector start their very own!