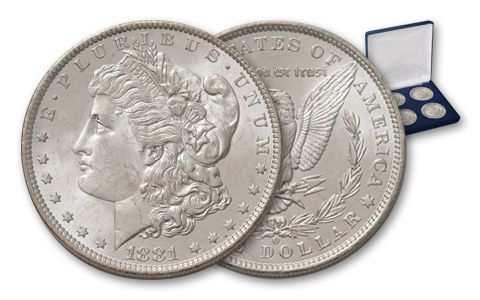 Availability: Out of Stock
Discontinued Product
Item #
224195
Add to Wish List Add to Wish List Wishlist is for registered customers. Please login or create an account to continue. Add to Compare

Collectors love big Morgan Silver Dollars, and they really love the Silver Dollars struck in the "Big Easy." This year is the 175th anniversary of the long—gone New Orleans Mint. Here's a collection of four Silver Dollars dated 1883, 1884, 1885 and 1902, each displaying the coveted "O" mintmark below the reverse eagle. We're not kidding when we tell you these keep getting harder to find every year, particularly in the Brilliant Uncirculated (BU) condition available in this set. Future generations may not ever see one of these spectacular Morgans, let alone own one. So put yours away for you and your family now!