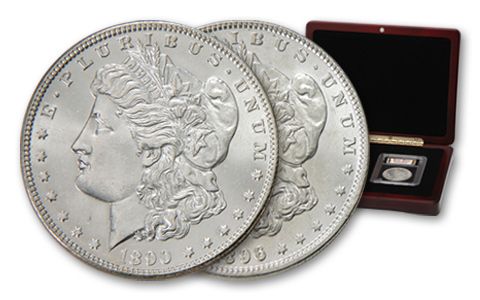 Availability: Out of Stock
Discontinued Product
Item #
228916
Add to Wish List Add to Wish List Wishlist is for registered customers. Please login or create an account to continue. Add to Compare

Were these Morgan Silver Dollars highjacked from a locomotive or used to up the ante at a Deadwood saloon over 100 years ago? No one knows for sure. We do know this 2-coin set is from the era of notorious gunslingers such as The Dalton Gang and Butch and Sundance. Each set includes replica Wanted Posters of two of the era's most notorious outlaws.