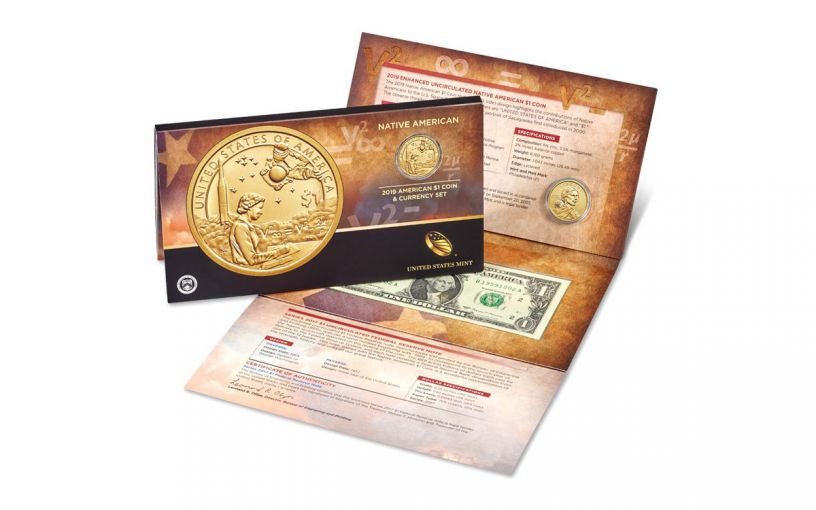 Availability: Out of Stock
This item is currently Out of Stock. Please sign up to be notified if this product becomes available.
Item #
353069
Add to Wish List Add to Wish List Wishlist is for registered customers. Please login or create an account to continue. Add to Compare
Recommended Products
Product Description

When she was a child, Mary Golda Ross was sent to live with her grandparents in the Cherokee Nation capitol of Tahlequah, Oklahoma. The great-granddaughter of Cherokee Chief John Ross, Mary was a talented child and eventually became the first female engineer in the history of Lockheed and was instrumental in creating design concepts for interplanetary space travel. Not only was she a pioneer for women in the field of science and engineering, Mary was also one of the first Native American engineers and helped develop the Agena spacecraft for the Gemini and Apollo programs.

To honor Mary’s contributions to the U.S. Space Program, the U.S. Mint selected her for its 2019 Native American Golden Dollar. Since 2009, the reverse of the Golden Dollar has featured an annually changing design that memorializes Native Americans and the important contributions they’ve made to the nation’s history and development. The 2019 release not only depicts Mary Golda Ross writing a mathematical formula, it shows one of the formulas that she helped discover. In the background of the coin is a RM-81 Agena rocket blasting off among stars, and astronaut John Herrington wearing a space suit. A member of the Chickasaw Nation, Herrington was the first Native American to fly in space and made three spacewalks from the International Space Station in 2002.

Designed by Emily Damstra and sculpted by U.S. Mint Chief Engraver Joseph Menna, the coin could not have been released at a better time That’s because 2019 not only represents the 50th anniversary of the Apollo 11 mission which successfully landed man on the moon for the first time, it marks the 60th anniversary of the Agena spacecraft that was launched for the first time on February 28, 1959.

To further commemorate these important milestones, the 2019 Native American Golden Dollar has been paired with a 2017 Series $1 bill that features a serial number beginning with “1959” to correspond to the launch year of the Agena spacecraft. In addition, the coin will come in its original Uncirculated Enhanced finish with a smooth satin-like matte appearance produced by a vapor blast process. Although the Enhanced finish has some characteristics like those on Proof coins — for example, it contains selectively frosted areas and was struck more than one time – the Mint does not consider it a Proof coin. What’s more, this Enhanced Uncirculated coin was available only in this two-piece set!

Your 2019 $1 Native American Coin & Currency Two-Piece Set will come beautifully displayed in an elegant tri-fold presentation folder that includes a wealth of information about the coin and dollar bill as well as Certificates of Authenticity for each. Just 50,000 of these special two-piece sets will be issued and with the inclusion of the Enhanced Uncirculated coin available only in this set means collectors everywhere will be clamoring for this set. Don’t space out, order yours today!

The 2019 Enhanced Uncirculated Native American Golden Dollar was available only in this special $1 Coin & Currency Two-Piece Set. Just 50,000 sets were made available so don’t miss out; reserve yours today before they’re all gone!