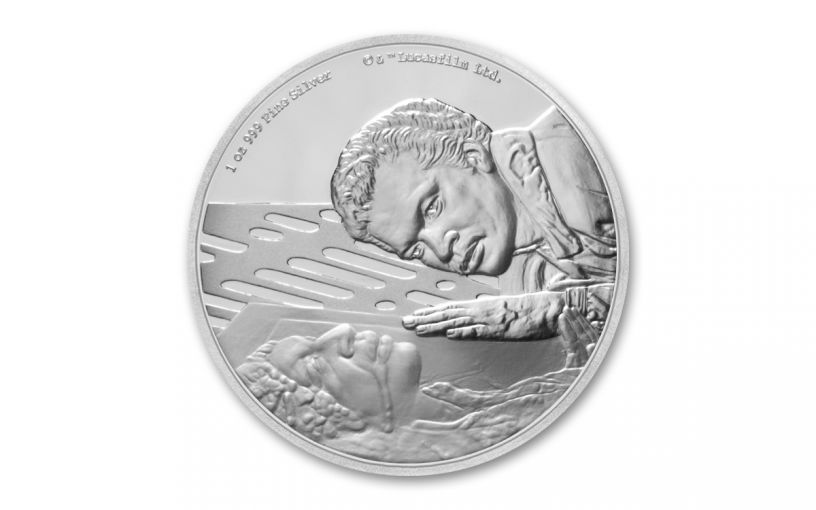 Availability: In Stock
This item will ship within 2 business days.
Item #
361849
Add to Wish List Add to Wish List Wishlist is for registered customers. Please login or create an account to continue. Add to Compare

Hello! What Have We Here?! It’s the Lando Calrissian Star Wars Coin!

One of the most loveable rogues in the world of Star Wars™ is the scoundrel turned Rebel Alliance General Lando Calrissian™. We first met him in 1980’s The Empire Strikes Back and continued to follow his adventures with Han Solo, Princess Leia and Luke Skywalker as helps them overthrow the evil galactic empire.

Played by the oh-so-suave Billy Dee Williams (and as a younger man by Donald Glover in 2018’a stand-alone film Solo), Lando has certainly made his mark among fans of the series. And now, Lando returns on the New Zealand Mint’s latest release in its Star Wars coin series that shows an image of Lando checking on the status of Han Solo who has been frozen in a block of carbonite. The iconic image is struck in a full ounce of highly-pure 99.9% fine silver.

Plus, each coin available in this offer comes in gorgeous Gem Proof condition, meaning it was expertly crafted by the mint from hand-selected planchets, polished dies and multiple strikes to produce beautifully frosted details rising over mirror-like fields! In addition, the coin is officially licensed by Lucasfilm and Disney, so you know it lives up to the high standards Star Wars fans have come to expect.

Lando may have been late to the party in joining the Rebel Alliance during the Galactic Civil War, but his courageous efforts more than cemented his reputation among fans as one of the series’ most popular characters. The new 2020 Niue Star Wars Lando Calrissian One-Ounce Silver Coin is the perfect piece to start or add to your own Star Wars collection. Coin collectors, Star Wars fans and silver stackers alike will all be vying for these coins so order one – or several – right now!

A FAN FAVORITE IN AN ICONIC SERIES – This coin comes from the New Zealand Mint’s immensely popular Star Wars collection, which features some of the most beloved characters from the wildly successful movie series. The coin bears an image of a Lando Calrissian checking on Han Solo frozen in a block of carbonite. The coin’s obverse features a portrait of Queen Elizabeth II.

A HIGH STANDARD OF PURITY —These 2020 Niue Star Wars Lando Calrissian Silver Coins were struck in one ounce of highly pure 99.9% fine silver and measure 40 mm in diameter.

A LIMITED MINTAGE – This coin is part of a limited mintage of just 10,000 pieces, quite low given the tens of millions of Star Wars fans throughout the world.