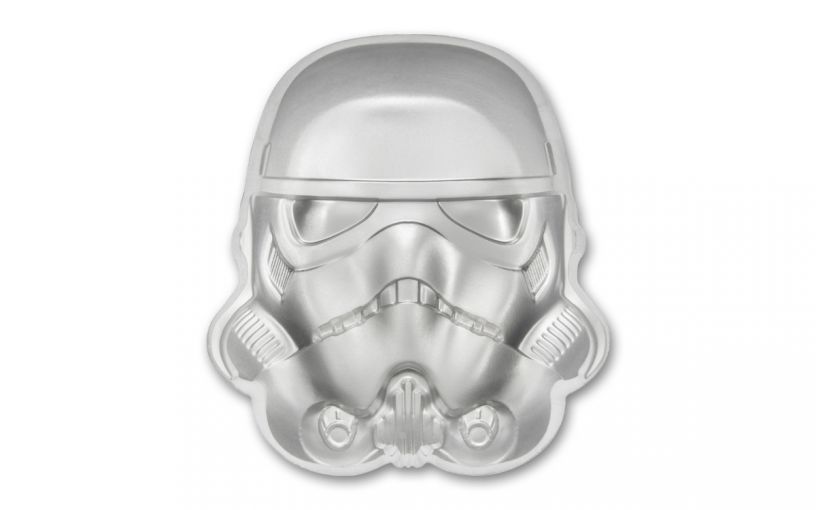 Availability: In Stock
This item will ship within 2 business days.
Item #
361837
CC Payments as low as
$109.50 / month
Add to Wish List Add to Wish List Wishlist is for registered customers. Please login or create an account to continue. Add to Compare

Go Eye-To-Eye with a Stormtrooper

Usually the good guys are dressed in white, right? That’s not always the case in the Star Wars™ cinematic universe where the Empire’s army of stormtroopers are clad head-to-toe in white battle armor. These faceless, nameless minions of the empire are basically disposable bad guys as they are shot, stabbed, melted, vaporized, clubbed and done away with in all sorts of ways that are often as comical as they are melodramatic.

This seemingly endless supply of cannon fodder has not been without its line-up of A-list actors, musicians and celebrities. That list includes Simon Pegg, Tom Hardy, Joseph Gordon-Levitt, Edgar Wright, Kevin Smith, Gary Barlow, Ed Sheeran and even Prince William and Prince Harry – whose Stormtroopers scene was cut from 2017’s The Last Jedi.

Designed to look like stylized skulls reminiscent of Nazi SS skull insignias, the battle helmets worn by Stormtroopers as envisioned by Star Wars creator George Lucas were to look both terrifying, and “super cool.” Now you can get a close-up view of one of these menacing visages thanks to this legal-tender coin made in the shape of a stormtrooper helmet.

Struck in two full ounces of highly pure 99.9% fine silver, this coin is the second release in the New Zealand Mint’s series of sculpted Star Wars Helmet Coins. Each 2020 Niue Two-Ounce Silver Stormtrooper Helmet Coin available in this offer will come in gleaming Brilliant Uncirculated (BU) condition, as fresh and crisp as the day it left the mint.

Issued on behalf of the South Pacific Island nation of Niue, the coin’s sculpted reverse is dominated by the grim black-eyed mug of a Stormtrooper’s helmet. Just 5,000 of these coins were struck for worldwide release – a limited edition that is much too small for the millions of Star Wars fans across the planet. Each comes in its original government packing from the mint. Click one to your cart today!

SECOND RELEASE IN STAR WARS HELMET SERIES – This coin is the second in the New Zealand Mint’s series of sculpted Star Wars Helmet Coins. The grim face of Stormtrooper’s helmet dominates the sculpted reverse while a portrait of Queen Elizabeth II, the date, denomination and issuing country are featured on the flat obverse side.

LOW WORLDWIDE EDITION LIMIT – The maximum worldwide limited mintage for this coin has been set at just 5,000.