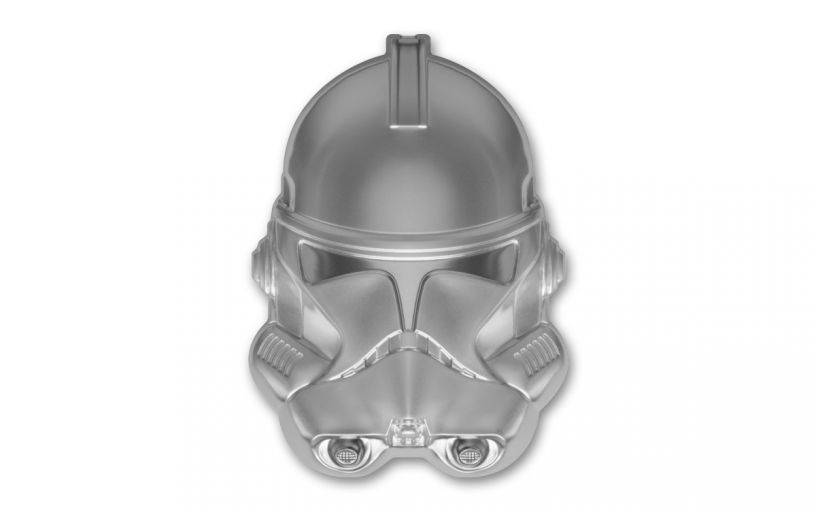 Availability: Out of Stock
This item is currently Out of Stock. Please sign up to be notified if this product becomes available.
Item #
409685
Add to Wish List Add to Wish List Wishlist is for registered customers. Please login or create an account to continue. Add to Compare
Recommended Products
Product Description

Send in the Clones: Secure Your Clone Trooper Helmet Coin While You Still Can

In the Star Wars universe, Stormtroopers are faceless soldiers serving the Galactic Empire — disposable goons that are killed by the dozens. Prior to their service, however, a different kind of soldier served on the battlefield: The Clone Trooper. Developed with DNA harvested from a Mandalorian bounty hunter named Jango Fett, Clone Troopers are utterly loyal, fearless, and aggressive soldiers. Highly efficient killing machines, these warriors were raised from the cradle to be superior fighters highly trained in all forms of weaponry and hand-to-hand combat. As such, they proved to be far superior in battle than droids.

A Familiar Symbol of Military Might In the Star Wars Universe

Now one of these nameless Clone Troopers is ready to fight its way into your collection as the fourth release in the New Zealand Mint’s popular series of sculpted Star Wars Helmet-shaped coins. Struck in Ultra High Relief, this coin provides an amazing close-up view of a Clone Trooper’s helmet. The helmet is actually a cross between Jango Fett’s Mandalorian helmet and a Stormtrooper helmet. The combination of the two styles along with the recognizable white armor they wear has become one of the most familiar symbols of military might in the Star Wars universe and an iconic reminder of faceless fascism.

Small Limited Edition Means Many Collectors Could Miss Out

Struck in two full ounces of highly pure 99.9% fine silver, this coin was issued on behalf of the South Pacific Island nation of Niue. Plus, each 2021 Niue Two-Ounce Silver Clone Trooper Helmet Coin available here will come in gorgeous Gem Brilliant Uncirculated (BU) condition, meaning that that your coin is the product of a superb strike that places it firmly among the elite of the run. Each coin will also come beautifully displayed in its original Mint packaging that consists of a premium black box, Certificate of Authenticity, and Star Wars-branded outer box.

With only 5,000 of these coins struck for worldwide release — a limited edition that is much too small for the millions of Star Wars fans across the planet — demand is sure to exceed supply. Don’t miss out; click one to your cart today!