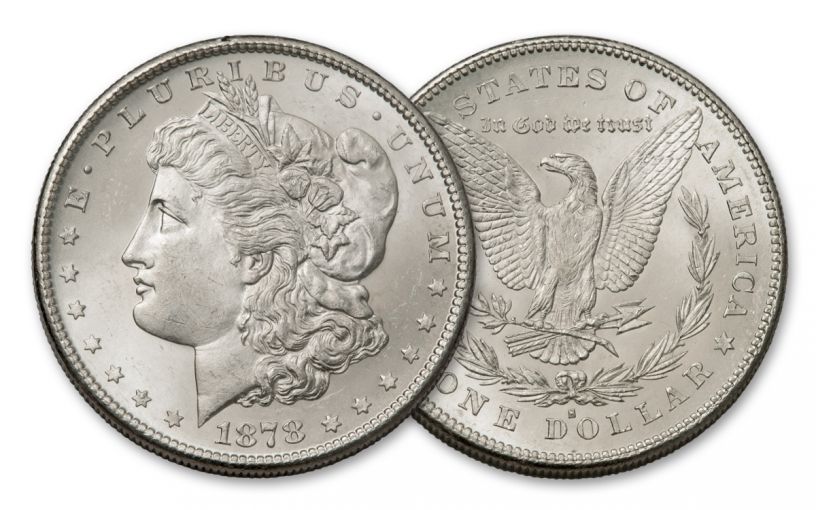 Availability: In Stock
This item will ship 02/01/18
Item #
222047
CC Payments as low as
$79.50 / month
Add to Wish List Add to Wish List Wishlist is for registered customers. Please login or create an account to continue. Add to Compare
Recommended Products
Product Description

Arguably the most coveted and collected vintage U.S. silver coin of all time, Morgan Silver Dollars are always in demand. And no wonder: this is an American coin steeped in history - found in the pockets of Wild West cowboys ... the vaults of Prohibition gangsters ... and if you're lucky, your grandma's cookie jar!

Hundreds of millions of Morgans were minted between 1878 and 1904, and again in 1921. During that time, Americans experienced the magic of the first telephone ... the mayhem of the First World War ... and the beginnings of the modern age.

Struck from more than three quarters of an ounce of pure silver mined in Nevada's massive Comstock Lode, many numismatists agree that the best of the best in the entire Morgan series were struck at the San Francisco Mint between 1878-1882.

And now, 135 years after they rolled off the presses, you can still pocket one of these first-year 90% silver dollars in Brilliant Uncirculated (BU) condition! But only if you act fast.

Because with every increase in silver prices, millions more Morgans fall victim to the melting pots. In fact, it's estimated that as few as 15% remain for avid collectors. So finding any authentic first-year Morgan Silver Dollars has become harder and harder every year.

Don't miss this chance to own a genuine 1878-S first-year Morgan Silver Dollar a coin certain to be the cornerstone of your collection!