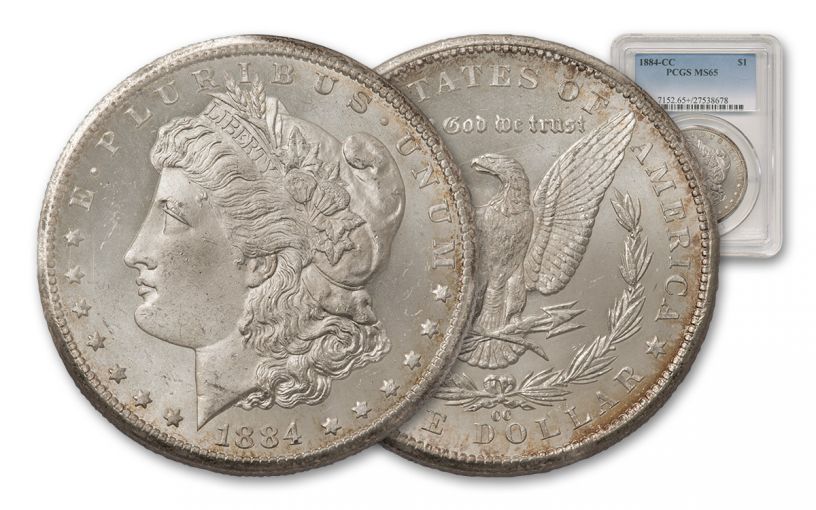 Availability: Out of Stock
This item is currently Out of Stock. Please sign up to be notified if this product becomes available.
Item #
233179
Add to Wish List Add to Wish List Wishlist is for registered customers. Please login or create an account to continue. Add to Compare
Recommended Products
Product Description

Through This Morgan, the Carson City Mint Shines On!

When the Carson City mint first opened its doors in 1870, it minted both gold and silver coins. However, no single coin made the mint more famous than the Morgan Silver Dollar. First struck in 1878, Carson City Morgans would continue to roll out of the mint until early 1885, distributed to locales throughout the West and Southwest. Political infighting would close the mint from 1886 to 1888 with production of Morgans and other coins resuming in 1889. Unfortunately, that second mintage would only last until 1893, when the mint stopped coin production for good and transformed into an assay office. Now, the popularity of Morgans, combined with the relatively small number of silver dollars minted at Carson City (as compared to the other national mints), make Carson City Morgans a terrific find for the savvy collector. Today, GovMint.com's buyers have secured a small number of Carson City Morgans from 1884 in superb condition.

Designed by 7th Chief Engraver of the U.S. Mint George T. Morgan, the Morgan Silver Dollar's obverse features Lady Liberty facing left, her head circled by stars, with inscriptions of "LIBERTY," "E PLURIBUS UNUM" and the date 1884. On its reverse is a bold American eagle holding an olive branch and arrows in its talons. The reverse is inscribed with "UNITED STATES OF AMERICA," "ONE DOLLAR," the phrase "IN GOD WE TRUST" in archaic lettering and the "CC" mint mark for the Carson City mint. Graded an impressive MS65 by Professional Coin Grading Service (PCGS), this beautiful coin is in exceptional condition with virtually no marks -- sure to be the pride of your Wild West Morgan collection. Get yours now!