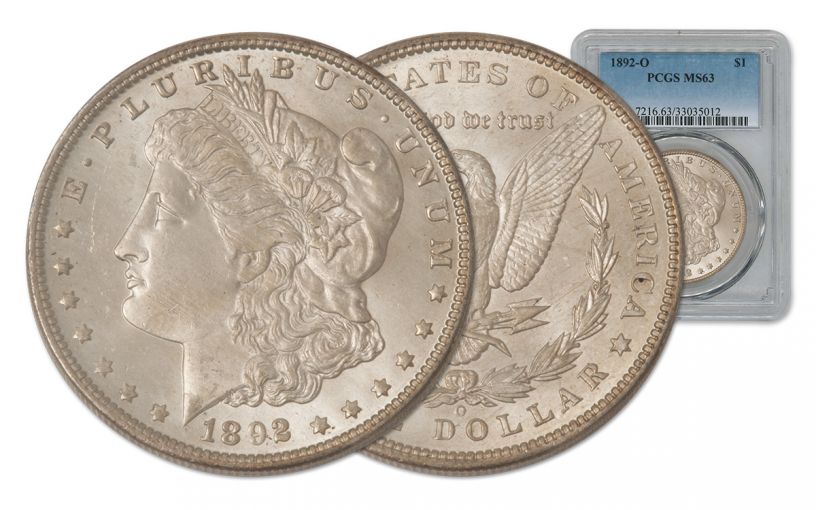 The Case of the Vanishing Morgan!

This much we know -- collectors LOVE Morgan Silver Dollars. Between 1878 and 1921, hundreds of millions of these beautiful coins were produced. However, due to many factors, that number has been whittled down significantly. In fact, author Q. David Bowers estimates that as low as 15% of the original Morgan mintage still remains. To see how this happened, just take a look at the 1892 Morgans that came out of the famed New Orleans Mint. First, the initial number of Morgans produced by all mints that year was just over six million. The amount that came out of New Orleans was just under 2.75 million. It sounds like plenty to go around except for two huge factors -- regular circulation and the Morgan-destroying Pittman Act of 1918 wiped out a massive amount of these coins.

Fast forward to around 125 years later and you have the number of 7,817. That is the exact number of 1892-O Morgans that Professional Coin Grading Service (PCGS) has certified in ANY condition. That's not even .3% of the original New Orleans run! We don't have to tell you that these are extremely rare. What we can tell you is that GovMint.com has secured several of these for you to buy today! Each of our uncirculated 1892 Morgan Silver Dollars from New Orleans has been graded Choice Mint State-63 (MS63) by PCGS, meaning they still have a good degree of mint luster with only minor surface marks. And, since your Morgan will come sonically sealed in PCGS's iconic acrylic case, you'll be able to savor this rare classic in excellent condition for decades to come! Supplies are limited, so take this opportunity before someone else does -- buy this disappearing Morgan today!