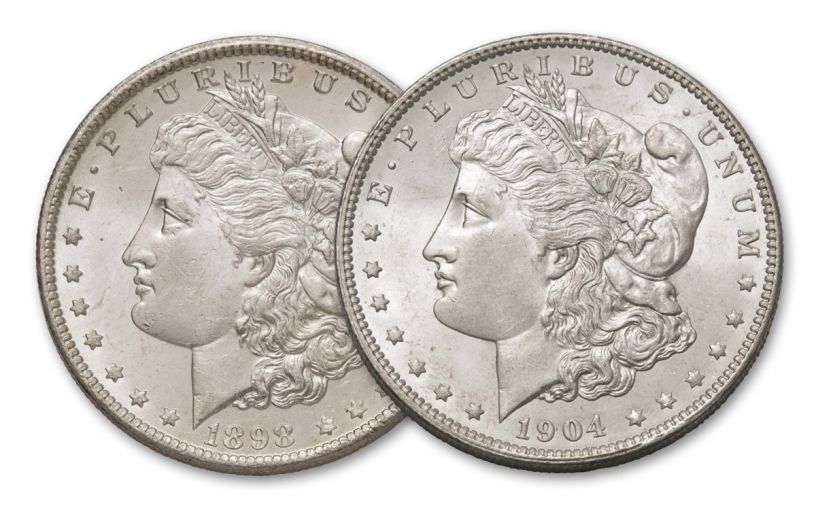 Availability: In Stock
This item will ship within 2 business days.
Item #
228888
CC Payments as low as
$89.98 / month
Add to Wish List Add to Wish List Wishlist is for registered customers. Please login or create an account to continue. Add to Compare
Recommended Products
Product Description

The “Forgotten” Coins of the Famous 1960s Treasury Hoard

One of the most significant elements of the Morgan Silver Dollar series didn’t occur until 40 years after the series ended! It was the during the Treasury Hoard release of the 1960s, when bags of vintage Morgans were revealed and sold to the public. Prior to this release, the 1898-O and 1904-O Morgans — both struck in 90% silver at the New Orleans Mint — were incredibly scarce coins. If only we had known! This set contains one of each coin in Brilliant Uncirculated (BU) condition, housed together in a deluxe case with a booklet on the Morgan Silver Dollar and storybooks on the New Orleans Mint and the Treasury Hoard.

The total amount of Morgan Silver Dollars has seen significant evaporation into both collections and the melting pot. Once our supply of these 1898 and 1904 O-Mint Morgans disappears, it might be gone for good. Don't wait any longer to secure yours now!