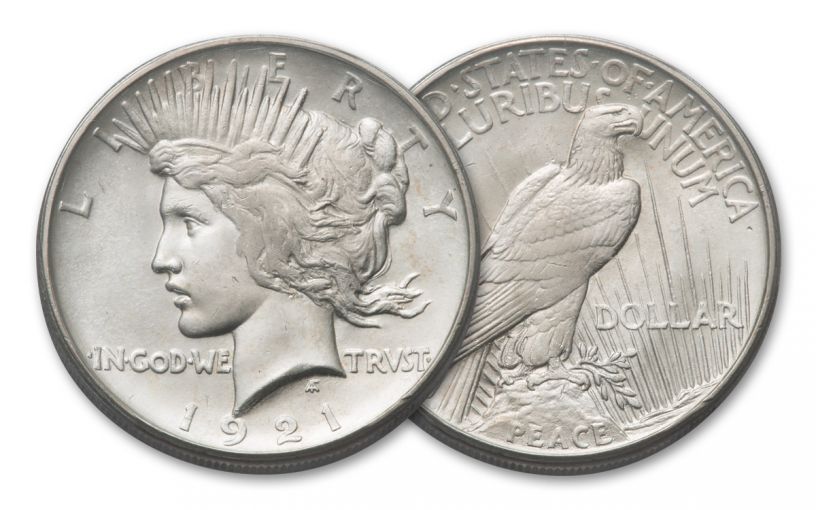 Get the Only High Relief Silver Dollar Ever Struck for Circulation

With the passage of the Pittman Act in 1918, Congress authorized melting 350 million Morgan Silver Dollars and sold the silver at prices above the market rate. The influx in cash not only helped support the war effort during World War I; it was also used as a federal subsidy to America’s silver mining industry. After the “War to End All Wars” ended, however, the government found itself sitting on mountains of silver and something had to be done with it. Under the terms of the Pittman Act, the United States Mint was also required to purchase domestic silver for re-coinage of a like number of dollars. So, in 1921, the Mint designed a new silver dollar – the “Peace” Dollar.

The very first Peace Silver Dollars that rolled off the coin presses in late 1921 were minted in high relief, but after only a few weeks it was deemed that these coins were too difficult to strike, and a low-relief version was introduced in 1922. These 1921 High Relief Peace Silver Dollars are the only ones struck for circulation, making them highly sought-after by collectors. Secure yours in Brilliant Uncirculated (BU) condition. Don’t wait, our supply is limited

The 1921-P High Relief Peace Dollars are rare and important pieces of United States history. Get your piece of one of America’s most sought-after coin treasures now while our limited supply lasts.