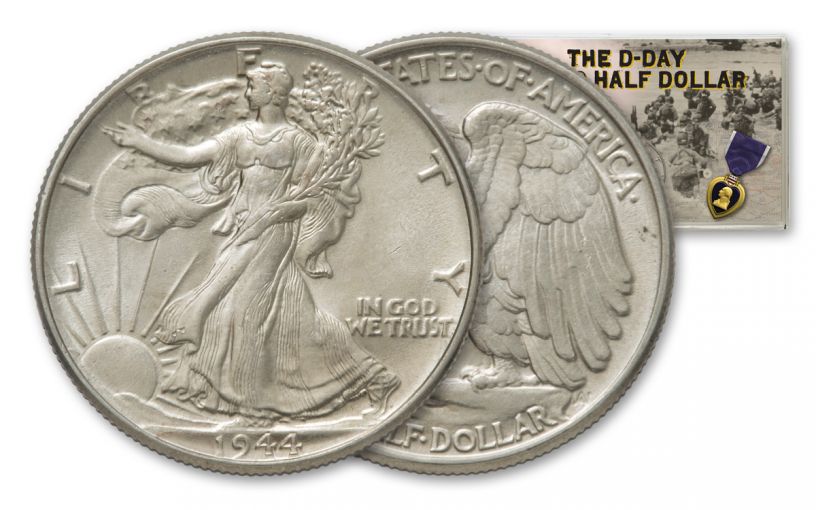 The D-Day Silver Half Dollar

It was risky. The entire force might have been pinned down on the beaches and slaughtered. A defeat might mean a German victory in World War II. But General Eisenhower went ahead with the invasion of Normandy on D-Day 1944. In fact, the outcome wasn't quickly achieved. But when it was, it spelled the ultimate doom of Hitler. Meanwhile, back in the U.S., the mint was striking these 1944 Walking Liberty 90% Silver Half Dollars. They entered circulation, paying the workers making the supplies that helped our troops win. It was the largest silver coin of the day, with a design showing Miss Liberty walking boldly toward the rising sun. Even today, it exemplifies the pride and spirit of America. It's also highly sought after by collectors. Here's your chance to get these 56-year-old "Walkers" in stunning Brilliant Uncirculated (BU) condition, the grade preferred by serious collectors. Keep it or give it as a memento of the day that started the defeat of Nazi Germany. Each comes in a custom-designed holder.