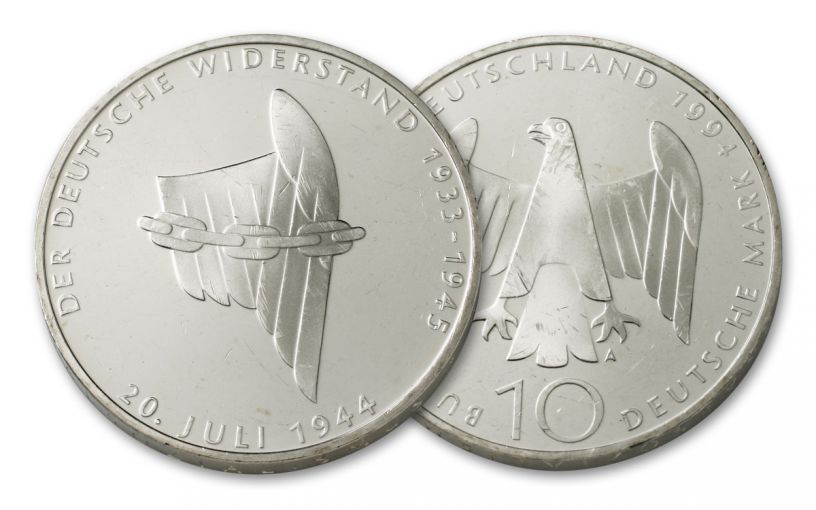 Availability: Out of Stock
This item is currently Out of Stock. Please sign up to be notified if this product becomes available.
Item #
245203
Add to Wish List Add to Wish List Wishlist is for registered customers. Please login or create an account to continue. Add to Compare
Recommended Products
Product Description

A Must-Have for Any WWII Collector

In 1944, Operation Valkyrie – an attempt on the life of Nazi Dictator Adolf Hitler – was executed… and failed. The carefully planned assassination scheme was part of the resistance to Nazism in Germany that had been going on since Hitler came to power in 1933. Valkyrie was their last chance to succeed. In the United States the operation was immortalized in the 2008 film Valkyrie starring Tom Cruise as German war hero Wehrmacht Colonel Count Claus von Stauffenberg, the driving force behind the plot and the man who planted the bomb in Hitler’s Wolf’s Lair that came oh-so close to killing the genocidal dictator. The assassination attempt, if it had been successful, could have shortened World War II in Europe by nearly a year.

To pay tribute to the brave heroes who tried to put an end to Hitler’s mad reign of terror, a newly re-unified German released this silver 10 Mark coin in 1994 to commemorate the 50th anniversary of Operation Valkyrie. Now more than a quarter of a century since it was first released, we found a small hoard of this one-year-only commemorative in Germany and can now offer this historic coin to U.S. collectors.

Struck in 15.5-grams of 62.5% silver, this somber coin depicts an Eagle above the denomination on the obverse while the reverse shows an eagle’s wing enslaved by the chains of Nazi tyranny. Along the coin’s edge an inscription reads WIDERSTAND GEGEN DER NATIONALSOZIALISMUS – German for “Resistance to National Socialism.” Each coin comes in Lightly Circulated condition with only light wear and nice full detail, ideal for displaying in any World War II-themed collection.

Today, nearly 300,000 people each year visit Hitler’s Wolf’s Lair hidden deep in a Polish forest that was formerly part of German East Prussia. Keep the memory of the resistance alive with this one-of-a-kind coin born out of one of the most dramatic and tense events of World War II.

Honor the heroes who tried to liberate Germany and free if from Adolf Hitler’s Nazi thugs with this 1994 Germany 10 Mark Silver Operation Valkyrie 50th Anniversary Coin – it’s a must-have for any World War II collector!