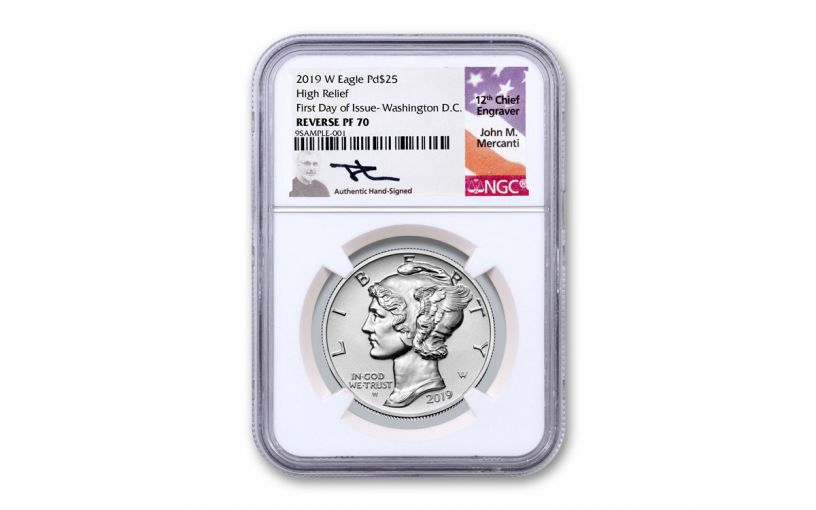 Availability: Call-In Only
This item is only available on a Call-In basis. Please call 1-800-510-6468 to speak to a representative.
Item #
353985
Add to Wish List Add to Wish List Wishlist is for registered customers. Please login or create an account to continue. Add to Compare
Recommended Products
Product Description

Your 2019-W One-Ounce Palladium American Eagle Reverse Proof has been graded by the Numismatic Guaranty Corporation (NGC) as being in perfect Proof-70 Ultra Cameo (PF70UC) condition, a distinction that means your flawless proof will have ZERO imperfections – showing all features and fields exactly as the engraver and mint intended. In addition, NGC has certified this Palladium Eagle Reverse Proof to be a First Day of Issue (FDI) coin, meaning it was received by NGC or an NGC-approved depository by the release date or on the business day within 24 hours of the official release date. As a special added feature, each Palladium American Eagle Reverse Proof in this offer comes sonically sealed in an acrylic holder with a Washington, D.C. release location designation label that was personally signed by John Mercanti, the U.S. Mint’s 12th Chief Engraver!