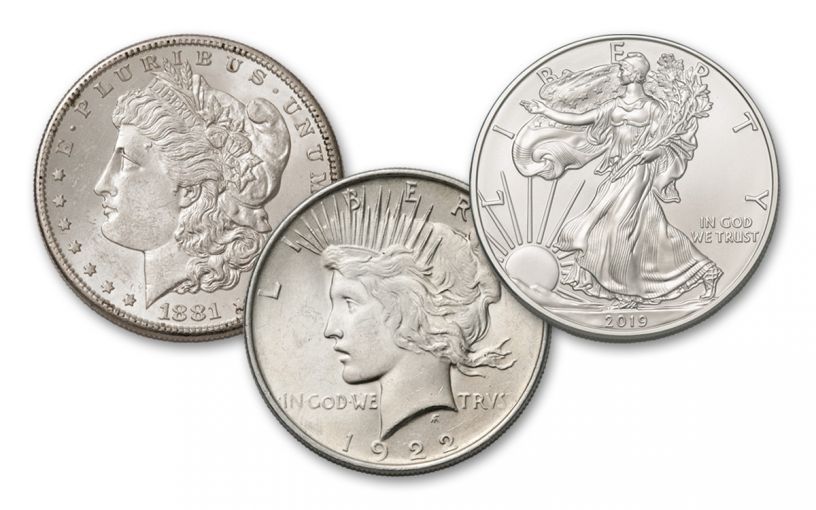 Availability: Out of Stock
This item is currently Out of Stock. Please sign up to be notified if this product becomes available.
Item #
351302
Add to Wish List Add to Wish List Wishlist is for registered customers. Please login or create an account to continue. Add to Compare
Recommended Products
Product Description

Each silver dollar in this three-coin set will come in gleaming Brilliant Uncirculated (BU) condition, and all three will come displayed together in a beautiful clamshell style box. This a terrific way to start your own a silver dollar type set or assist a young collector along his or her path in the hobby!