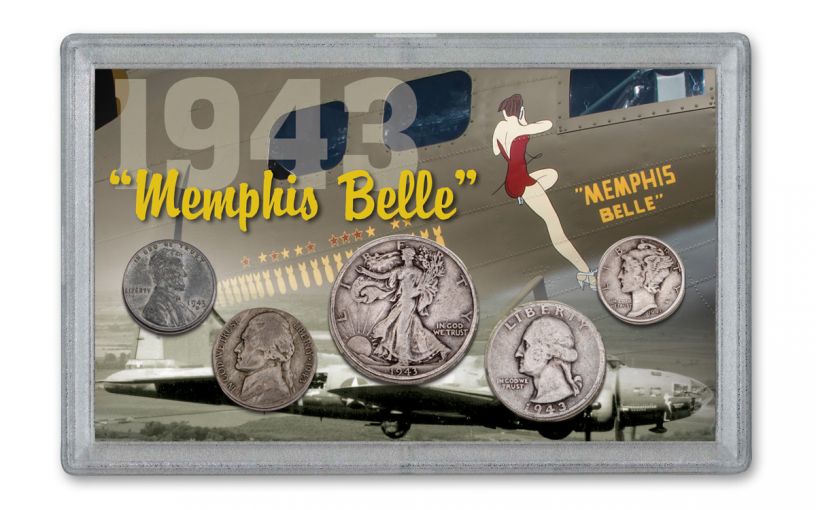 The Legacy of the “Memphis Belle”

Between September of 1942 and May of 1943, the American B-17 bomber Memphis Belle became one of the first aircraft to complete 25 bombing missions without losing a single crew member. It was a rare success story for the beleaguered Army Air Corps in its bombing campaign against Nazi Germany as nearly a third of its bombers were being shot down.

The famous “Flying Fortress” escaped enemy fire time and time again, inspiring books, newspaper articles and multiple motion pictures. Upon completion of its last mission, the 10-man crew led by Captain Robert K. Morgan returned to the United States as heroes and embarked on a cross-country tour selling war bonds. After his tour of selling war bonds was up, Captain Morgan shipped out to the Pacific Theater where he flew 26 combat missions against Japan in a B-29 Superfortress. Named after Captain Morgan’s sweetheart back in Memphis, Tennessee, the original heavy bomber is today a national treasure proudly displayed at the United States Air Force National Museum at the Wright-Patterson Air Force Base in Dayton, Ohio.

This five-coin set brings together the coins that circulated during 1943 while The Belle completed her historic run. Included in this set is the one-year-only Steel Cent, a War Nickel (struck in a copper-silver-manganese alloy so its usual nickel content could be used for the war effort), a Mercury Dime, a Washington Quarter and a Walking Liberty Half Dollar – the last three being struck in 90% fine silver. Each coin comes in Very Good (VG) condition, with the whole set housed in a custom holder accompanied by a bonus authentic WWII-era ration token and a German 1 Reichspfennig struck between 1940 and 1945.

Celebrate the legacy of this famous aircraft and her crew with the 1943 Memphis Belle Five-Piece Coin Collection. It makes a great gift for students of history or anyone interested in World War II. Click it to your cart today!