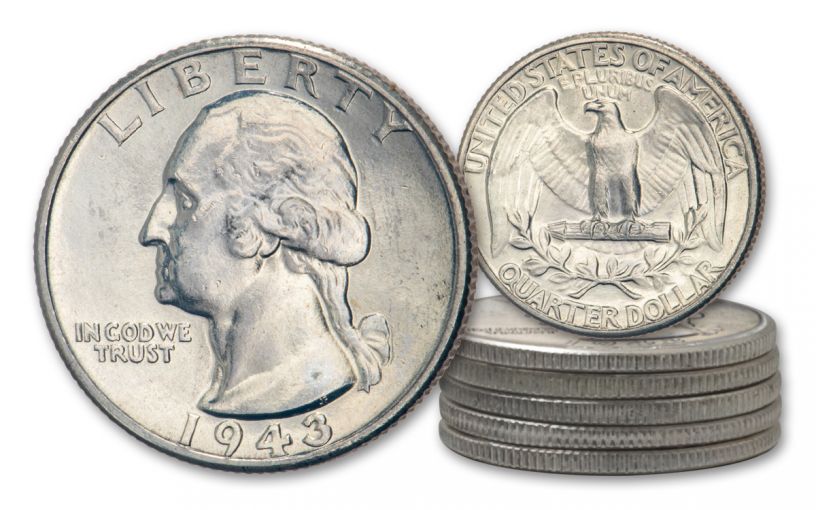 Availability: Out of Stock
This item is currently Out of Stock. Please sign up to be notified if this product becomes available.
Item #
352590
Add to Wish List Add to Wish List Wishlist is for registered customers. Please login or create an account to continue. Add to Compare
Recommended Products
Product Description

The year was 1943. The United States was entrenched in World War II, winning a victory over the Japanese in the Battle of Guadalcanal. Dwight D. Eisenhower was selected to command the Allied armies in Europe, and back home the United States Mint struck these 90% fine silver Washington Quarters. Here’s your chance to secure these real pieces of World War II history, still in Brilliant Uncirculated (BU) condition in a five-coin roll. In addition, each roll will come with a special bonus coin: a single one-year-only 1943 Steel Cent, struck without its usual copper content as a way of helping the war effort.

Look elsewhere and a single 1943 Washington Quarter in Brilliant Uncirculated condition could cost as much as $42.75. Get yours here for less than $14 per coin! Click these coins to your cart today!

Bring home an important piece of American history from the World War II years with this special offer. Supplies are limited, however, so order yours now!