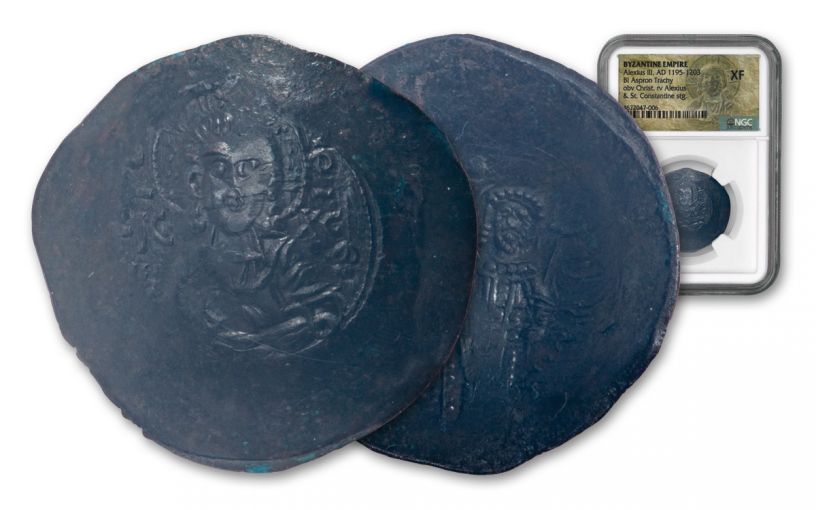 Availability: Out of Stock
This item is currently Out of Stock. Please sign up to be notified if this product becomes available.
Item #
350723
Add to Wish List Add to Wish List Wishlist is for registered customers. Please login or create an account to continue. Add to Compare
Recommended Products
Product Description

At its apex, the Roman Empire encompassed more than 3 million square miles of territory, stretching from the island of Britain all the way to the shores of the Caspian Sea and the Persian Gulf. By the year 285, however, the Empire had become so vast that it was no longer feasible to govern it from the central seat of Rome. Thus, Emperor Diocletian divided the empire into the Western Empire governed by Rome and the Eastern Empire governed out of Byzantium (later Constantinople).

The Western Empire eventually collapsed in the 5th century, A.D. after Rome was overrun by barbarian hordes marking the end of the Ancient world and the beginning of the Middle Ages. The fall of Rome left just the Eastern or Byzantine Empire as the last remnant of the once-splendorous Roman legacy. But what a remnant! The Byzantine Empire would stand for another thousand years before it, too, finally fell prey to foreign invaders in the 15th Century.

The Byzantine Empire has also been referred to as the Christian Roman Empire due to the presence of Christian iconography that was depicted everywhere across the empire from frescoed walls and golden domes to the coins that circulated in daily commerce. Now you can step back in time and feel as if you were in a Greek marketplace of the High Middle Ages thanks to this Aspron Trachy minted between 1195 and 1203 during the reign of Emperor Alexios III.

The primary copper “change coin” struck throughout the Byzantine Empire, the Aspron Trachy is unique among coinage thanks to its unusual cup shape. The coin’s designs are also representative of the Christian roots upon which the empire was founded, depicting a beardless Christ on the obverse. Alexios, as the head of the Christian Church, is shown on the reverse along with Saint Constantine, who as Constantine the Great became the first Roman Emperor to convert to Christianity. Measuring about 32 mm in diameter, each was struck by hand, so no two coins are exactly alike, Plus the coins we have available have all been graded by the Numismatic Guaranty Corporation (NGC) as being in Extremely Fine (XF) condition. Order now and secure your very own piece of the Christian Roman Empire.