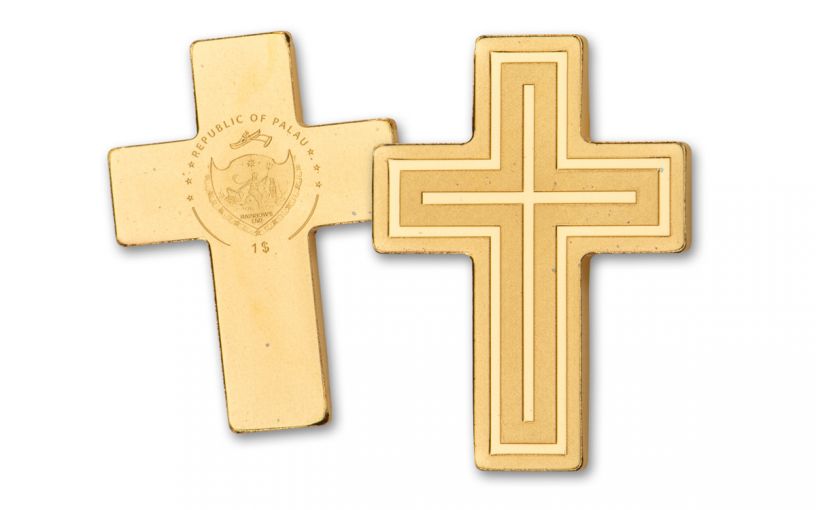 Availability: Out of Stock
This item is currently Out of Stock. Please sign up to be notified if this product becomes available.
Item #
363200
Add to Wish List Add to Wish List Wishlist is for registered customers. Please login or create an account to continue. Add to Compare

Here’s a Cross You Will Want to Bear

For many Christians, the Cross is a symbol of triumph and salvation. It represents the Crucifixion of Jesus Christ and the redeeming benefits of his Passion and death. Thus, the Cross is both a sign of Christ himself as well as being THE single most visual identifier of the Christian faith.

The early followers of Christ had long regarded the Cross as a symbol of their belief in Jesus as the Messiah. Too scared to display it lest they be persecuted, mocked or arrested and killed; it wasn’t until Roman Emperor Constantine the Great converted to Christianity in the 4th Century that things began to change. Crucifixion was abolished as a punishment, and the cross was widely promoted as a symbol of the Son of God.

Now you can pay tribute to one of the most iconic symbols in the world and add some gold to your collection in the process with this gold coin struck by Coin Invest Trust (CIT) in the shape of a Christian Cross! Released on behalf of the Republic of Palau, a nation comprised of 340 islands in the western Pacific Ocean, this delicately engraved legal-tender $1 coin was minted in a half gram of 99.99% pure gold on an ultra-thin planchet. To create this amazing piece, CIT made use of its Big Gold Minting© (BGM) technology that allows tiny amounts of gold to be struck into relatively large sizes.

In addition, each Palau Half-Gram Gold Cross Shaped Coin available in this offer will come in beautiful Gem Specimen (SP) condition, meaning that they feature a combination of satin and proof-like finishes. Plus, each will come in a capsule with a specialized insert that holds it securely in place. Just 15,000 of these Golden Cross-shaped coins have been issued for worldwide release. And at this price, you can outfit a forest n entire congregation of squadron to add to your collection!

CROSS-SHAPED COIN – These coins are struck in the shape of Christian Cross — one of the most iconic symbols in the world. The coin’s reverse features the Palau Coat of Arms and denomination.

STRUCK IN PURE GOLD – Each Cross Shaped Coin was struck in a half gram of 99.99% pure gold and measures 10 mm x 14 mm in diameter.

LEGAL-TENDER COIN – These Palau Half-Gram Gold Cross Shaped Coins are $1 legal tender in the Republic of Palau, a nation comprised of 340 islands in the western Pacific Ocean.

LIMITED WORLDWIDE MINTAGE – The maximum worldwide limited edition for this coin has been set at just 15,000.