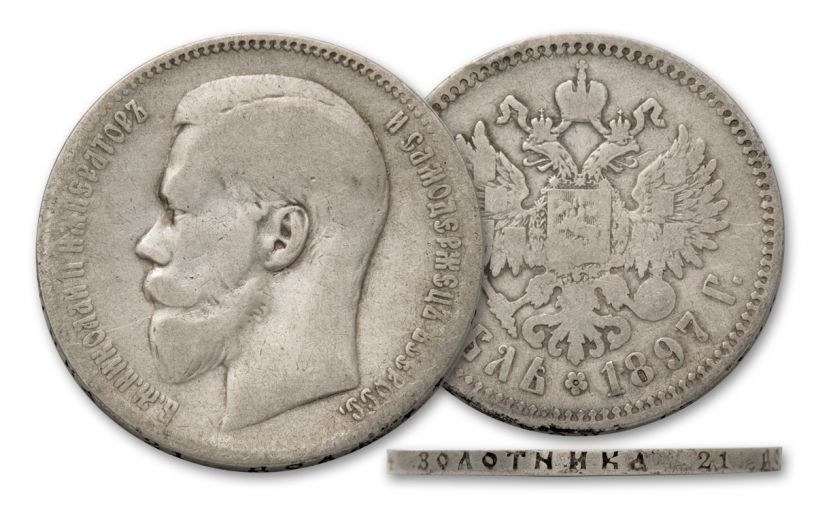 Availability: In Stock
This item will ship within 2 business days.
Item #
355044
Add to Wish List Add to Wish List Wishlist is for registered customers. Please login or create an account to continue. Add to Compare

Perhaps the most tragic figure to emerge from the carnage of World War I is Nichols II, the last czar of Imperial Russia. When the war started in 1914 Nicholas was believed to be the third richest person in modern history. Four short years later, he, his wife, their five children, family doctor, maid and cook were herded into a small room where they were unceremoniously executed under direct orders from Vladimir Lenin in Moscow.

The purge didn’t end with the murder of the Romanov family. The Bolsheviks wanted a clean break with the past and to that end they sought to scrub all traces of Imperial Russia from the history books. When you want to erase someone from history, however, it takes a lot of work. So, in addition to overthrowing the government and murdering Nicholas and his family, the Bolsheviks attempted to destroy anything and everything bearing the Czar’s image – and that included these Silver Roubles bearing the image of Nicholas II on one side and the Romanov family crest on the other.

The Bolsheviks were mostly successful in rounding up these Silver Roubles and destroyed as many as they could get their hands on. Fortunately for today’s collectors, some of these historic coins managed to escape the melting pots – and now you can secure one or more for your collection in Very Fine (VF) condition.

These “Russian Silver Dollars” were struck in 90% fine silver during the reign of Nicholas II from 1894-1917. Each features the Czar’s famous coronation portrait along with a Cyrillic inscription that translates to “Nicholas II, Emperor and sole ruler of all Russia.” The lavishly intricate Romanov crest on the coin’s reverse features eight tiny regional crests within a double-headed eagle’s wings, including the eagle of Poland and the lion of Finland.

Reviled by many during his lifetime – thanks in large part to waves of self-serving Soviet propaganda, history has taken a less negative view of Nicholas II since his murder more than a century ago. He, his wife the Empress Alexandria and their children have been canonized as Martyrs by the Russian Orthodox Church and Nicholas himself was venerated as Saint Nicholas The Passion-Bearer. As one historian noted, Nicholas was a good man who ended up in the wrong place at the wrong time with disastrous consequences for himself, his family and his nation.

Don’t miss this opportunity to own one of these historic Silver Roubles struck during the tragic reign of Nicholas II – the last czar of Imperial Russia. Order yours today!