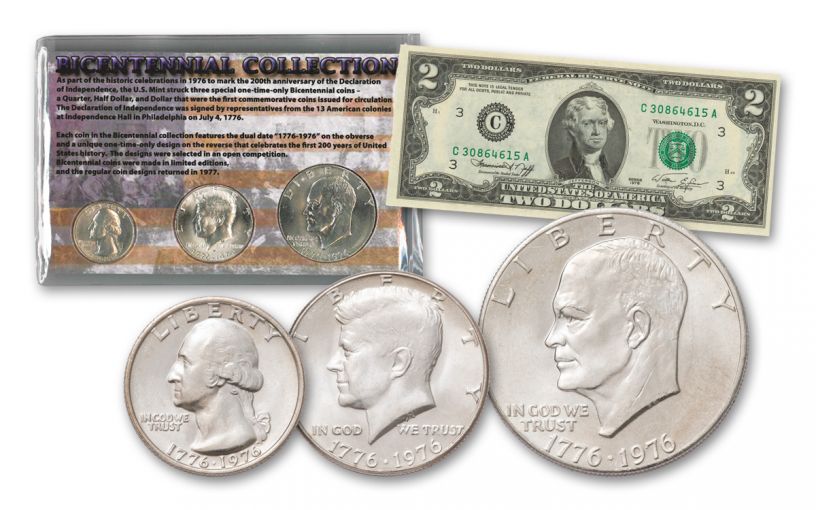 Availability: In Stock
This item will ship within 2 business days.
Item #
353351
Add to Wish List Add to Wish List Wishlist is for registered customers. Please login or create an account to continue. Add to Compare
Recommended Products
Product Description

1976 was a momentous year for the United States Mint. To mark the Bicentennial 200th anniversary of the signing of the Declaration of Independence, a special set of three one-time-only commemoratives was released: the Washington Quarter, Kennedy Half Dollar and Eisenhower Dollar. Each of these coins featured dual dates of 1776 and 1976 and updated reverse designs. We’ve brought together all three coins in original Uncirculated condition, housed together in a special storycard for display. You’ll also receive a 1976 $2 bill, which displays an image of the signing of the Declaration of Independence on the back. These coins have been out of issue and unavailable from the mint for more than 40 years. Add these historic U.S. coins to your collection now!