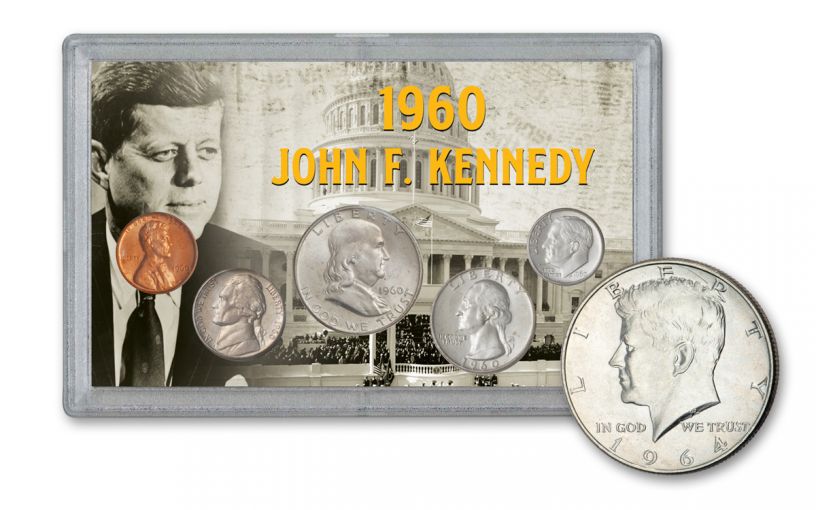 Availability: Out of Stock
This item is currently Out of Stock. Please sign up to be notified if this product becomes available.
Item #
348102
Add to Wish List Add to Wish List Wishlist is for registered customers. Please login or create an account to continue. Add to Compare
Recommended Products
Product Description

The 1960 Presidential Election was one of the closest in history. It was a political free-for-all that saw Democratic newcomer John F. Kennedy defeating Incumbent Vice President and Republican Insider Richard Nixon in the popular vote by just 112,827 – a margin of just 0.17 percent – to become becme the youngest person elected President of the United States. In a contest as close as this one, every event mattered, and the one that seemed to matter the most was the first televised debate between the candidates. Kennedy, tanned and well-rested from Florida, appeared in sharp contrast to Nixon’s haggard appearance and nervous demeanor.

Now you can recall all the moments from the historic election year of 1960 with this five-piece set of Brilliant Uncirculated (BU) coins that includes the 1960 Lincoln Cent, Jefferson Nickel, Roosevelt Dime, Washington Quarter and Franklin Half Dollar, housed together in a custom card. In addition, you will also receive an Uncirculated 1964 Kennedy Half Dollar, struck in 90% fine silver – minted just a few short month’s after the young President’s assassination in November of 1963 in Dallas, Texas.

As our 35th president, Kennedy served with distinction, leading the nation through high tensions with communists during the Cold War; announced that the United States would attempt to put a man on the moon before the end of the decade; and supported the establishment of the Peace Corps and the Civil Rights Movement. The famous words in his inaugural address that called for Americans to “Ask not what your country can do for you; ask what you can do for your country!” still ring true today. An important set for anyone interested in U.S. history, the 1960 John F. Kennedy Election Year Set is sure to bring back memories of JFK and his influential time in office.