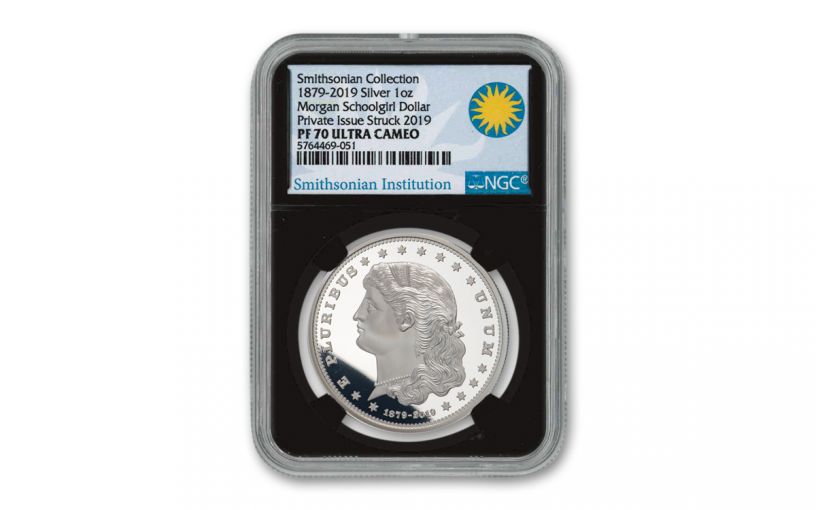 Availability: Out of Stock
This item is currently Out of Stock. Please sign up to be notified if this product becomes available.
Item #
352463
Add to Wish List Add to Wish List Wishlist is for registered customers. Please login or create an account to continue. Add to Compare

In addition, this magnificent medal comes graded by the Numismatic Guaranty Corporation (NGC) as being in flawless Proof-70 (PF70) condition, a distinction that means your perfectly-graded proof will have ZERO imperfections – showing all features and fields exactly as the engraver and mint intended. In addition, each proof will be sonically sealed in a protective holder with an exclusive Smithsonian® sunburst label and accompanied by a fact-filled storycard and a Certificate of Authenticity.

Just 2,500 of these world-exclusive Morgan Schoolgirl Dollar One-Ounce Silver Proofs were authorized – and only a limited number have been certified by NGC as being in flawless Proof-70 condition! What’s more, the original copper and silver patterns have sold for as much as $74,750 and $312,000, respectively! Don’t miss this opportunity to secure one of history’s most sought-after designs. Click this proof to your cart today!