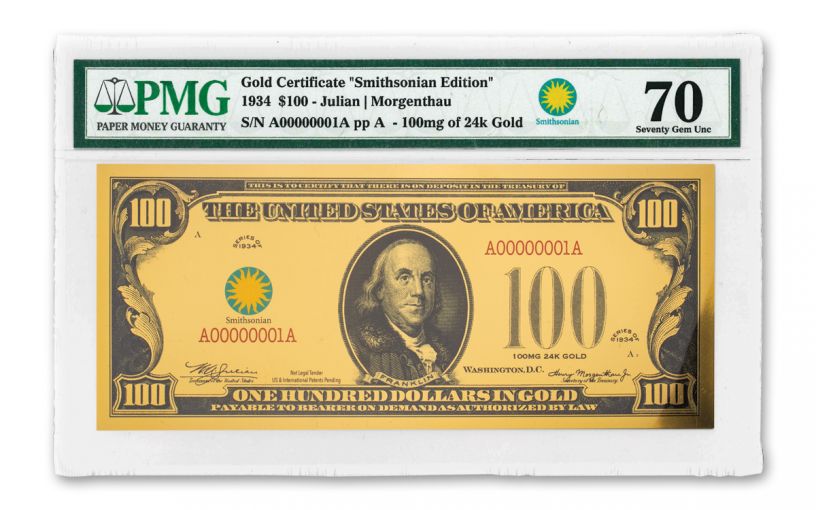 Availability: In Stock
This item will ship within 2 business days.
Item #
357805
Add to Wish List Add to Wish List Wishlist is for registered customers. Please login or create an account to continue. Add to Compare
Recommended Products
Product Description

Now, the Smithsonian® has resurrected one of these famous notes – the $100 certificate – by authorizing a limited striking of its design in 100mg of 99.9% (24 karat) gold! They feature the same design as the original – an image of Benjamin Franklin (1706-1790). One of America’s foremost Founding Fathers, Franklin helped draft the Declaration of Independence and was one of its signers. He also signed the Constitution. Printer, publisher, author, inventor, scientist and diplomat; Franklin is remembered and revered for his wit, wisdom, and elegant and persuasive writings. Each gold certificate comes certified by Paper Money Guaranty (PMG) as being in Gem Uncirculated 70 (Gem Unc 70) condition – the highest grade assigned!