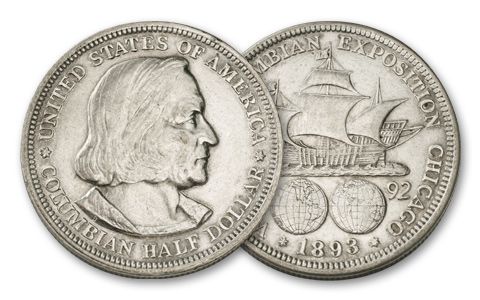 Availability: In Stock
This item will ship within 2 business days.
Item #
184982
Add to Wish List Add to Wish List Wishlist is for registered customers. Please login or create an account to continue. Add to Compare
Recommended Products
Product Description

Get the First U.S. Commemorative Half

The first U.S. commemorative half dollar was minted for the Chicago Columbian Exposition in 1893, the huge World's Fair held to celebrate the 400th anniversary of the voyage of Columbus to America. The coin features the explorer on the reverse and one of his ships on the obverse. Only 1.5 million were made. Most were heavily circulated and later melted. We found a small cache, and you can now add this first-ever U.S. commemorative half dollar to your collection.