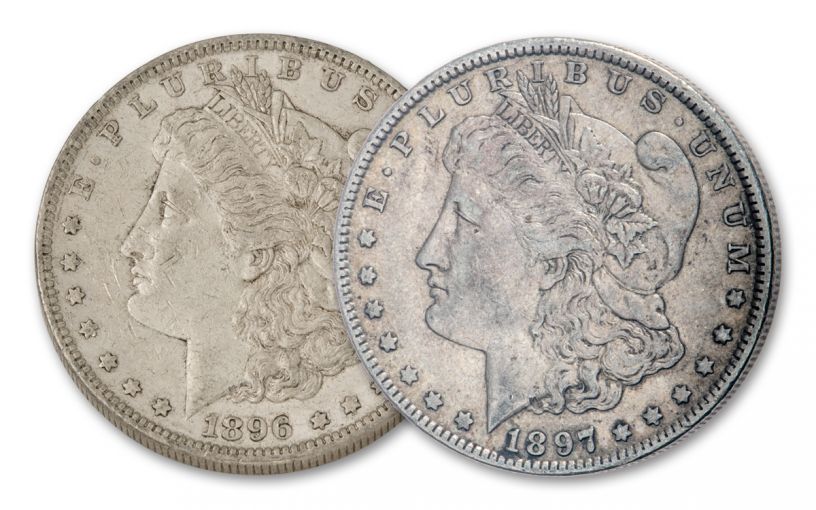 Availability: In Stock
This item will ship within 2 business days.
Item #
349351
CC Payments as low as
$79.98 / month
Add to Wish List Add to Wish List Wishlist is for registered customers. Please login or create an account to continue. Add to Compare
Recommended Products
Product Description

The New Orleans Mint is perhaps the most storied of all the U.S. Mint branches, as it is the only one to function under three separate governing bodies (the United States of America, the Confederate States of America and the State of Louisiana) and its important role during the American Civil War. Collectors love to secure Morgan Silver Dollars with the “O” mint mark, and here we have a pair struck in New Orleans in 1896 and 1897 – both years during which the mint struck fewer than 5 million Morgans (as compared to other years when the mint struck more than double that number!). The 2019 Red Book lists these coins in Mint State-60 (MS60) condition as being worth a combined total of $2,550 – but you can secure them here in Extremely Fine (XF) condition for just a fraction of that price. Hurry and secure this historic 2-coin set now!

Here’s your chance to secure a pair of key-date Morgans – an 1896 & 1897 Morgan Silver Dollars struck at the New Orleans Mint! Don’t delay; add it to your cart today!