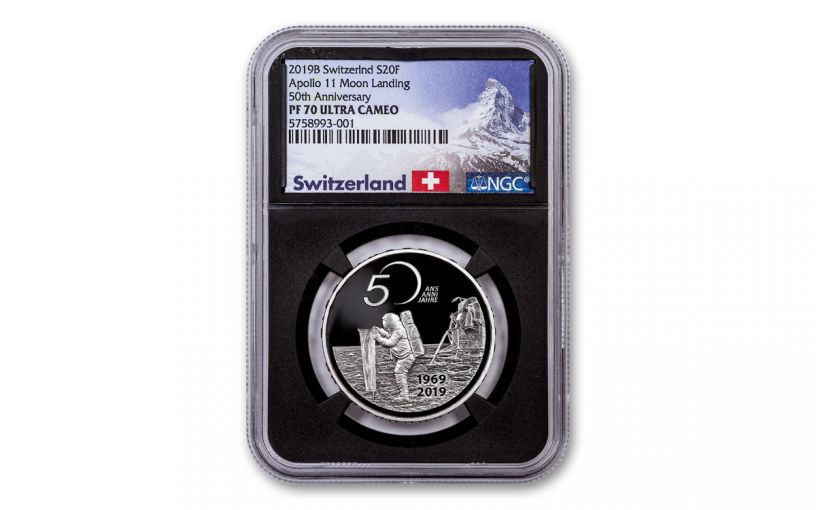 Availability: Out of Stock
This item is currently Out of Stock. Please sign up to be notified if this product becomes available.
Item #
351208
Add to Wish List Add to Wish List Wishlist is for registered customers. Please login or create an account to continue. Add to Compare
Recommended Products
Product Description

Your 2019 Switzerland 20 Francs Silver Apollo 11 50th Anniversary Coin has been graded by the Numismatic Guaranty Corporation (NGC) as being in flawless Proof-70 (PF70) condition, a distinction that means your perfectly-graded proof will have ZERO imperfections – showing all features and fields exactly as the engraver and mint intended. It will come sonically sealed in an acrylic holder with a black display core and an exclusive Switzerland label.

Just 5,000 of these special, one-year-only silver proof coins were issued, each vividly capturing one of the most historic and important experiments ever performed on the moon – and it’s sure to capture the heart of any avid fan of science and space travel or collectors of beautifully struck coinage. Click one to your cart and set sail on your own moon exploration!