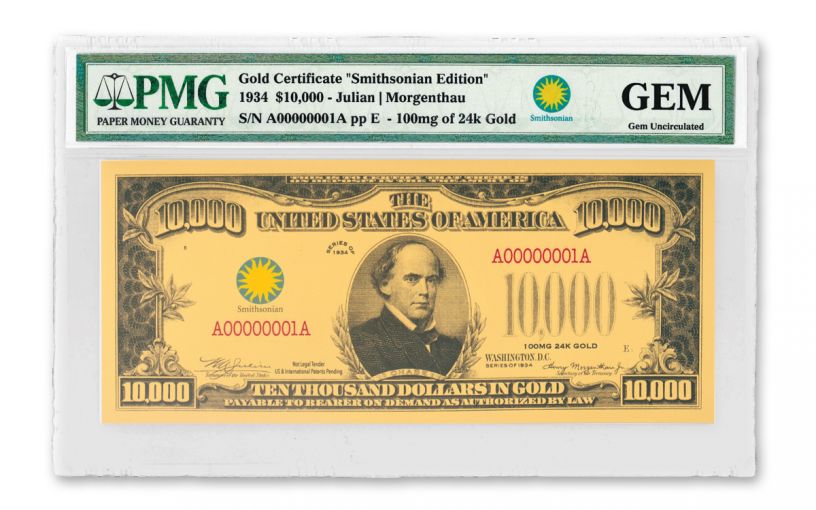 Availability: In Stock
This item will ship within 2 business days.
Item #
337799
Add to Wish List Add to Wish List Wishlist is for registered customers. Please login or create an account to continue. Add to Compare
Recommended Products
Product Description

The Series 1934 Gold Certificates were legal tender and were used to transfer funds between Federal Reserve banks, and once they were retired in the 1960s, most were destroyed. However, you can still see one in person at the Smithsonian® National Museum of American History.

Now, the Smithsonian® has resurrected this famous note by authorizing a limited striking of its design in 100mg of 99.9% (24 karat) gold! They feature the same design as the original – an image of Salmon P. Chase (1808-1873), who served as the governor of Ohio and later represented the Buckeye State in the U.S. Senate. He went on to serve as the U.S. Secretary of the Treasury during the Presidency of Abraham Lincoln during the Civil War and was later named Chief Justice of the Supreme Court. Each gold certificate comes certified by Paper Money Guaranty (PMG) as being in Gem condition.