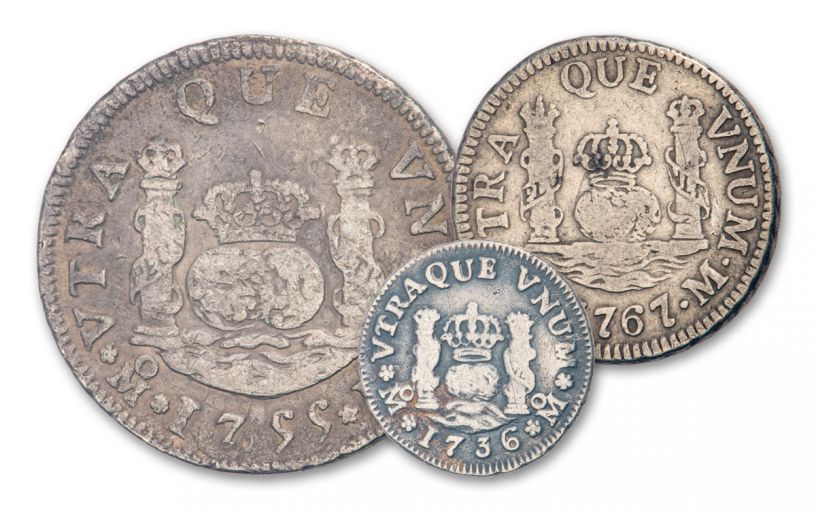 Availability: Out of Stock
This item is currently Out of Stock. Please sign up to be notified if this product becomes available.
Item #
354614
Add to Wish List Add to Wish List Wishlist is for registered customers. Please login or create an account to continue. Add to Compare
Recommended Products
Product Description

In the days of Colonial America, Spanish silver circulated within the colonies as small change coins. But when the British Crown began excessively taxing the colonists in the 1760s, the desire for independence sprung up in the hearts of early Americans. Struck between 1734 and 1771, this three-coin set consisting of a Half-Reale, 1 Reale and 2 Reales coins bore witness to the birth of American democracy.

Here’s your chance to own a genuine set of Spanish Silver Reales Pillar coins that witnessed America’s independence. Secure your set by clicking it to your cart right now!