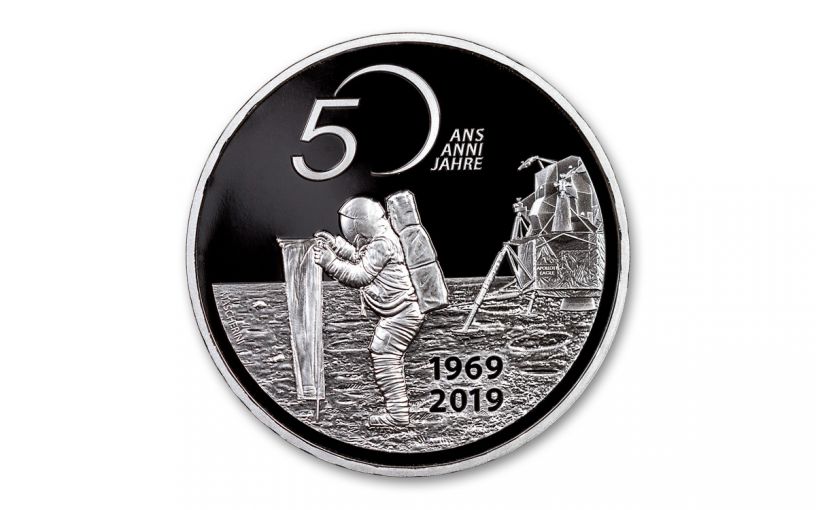 Availability: Out of Stock
This item is currently Out of Stock. Please sign up to be notified if this product becomes available.
Item #
351205
Add to Wish List Add to Wish List Wishlist is for registered customers. Please login or create an account to continue. Add to Compare

Just 5,000 of these special, one-year-only silver proof coins were issued, and each one available in this offer comes in gorgeous Gem Proof condition, meaning they were expertly crafted by the mint from hand-selected planchets, polished dies and multiple strikes to produce beautifully frosted details rising over mirror-like fields. Each vividly captures one of the most historic and important experiments ever performed on the moon – and it’s sure to capture the heart of any avid fan of science and space travel or collectors of beautifully struck coinage. Click one to your cart and set sail on your own moon exploration!