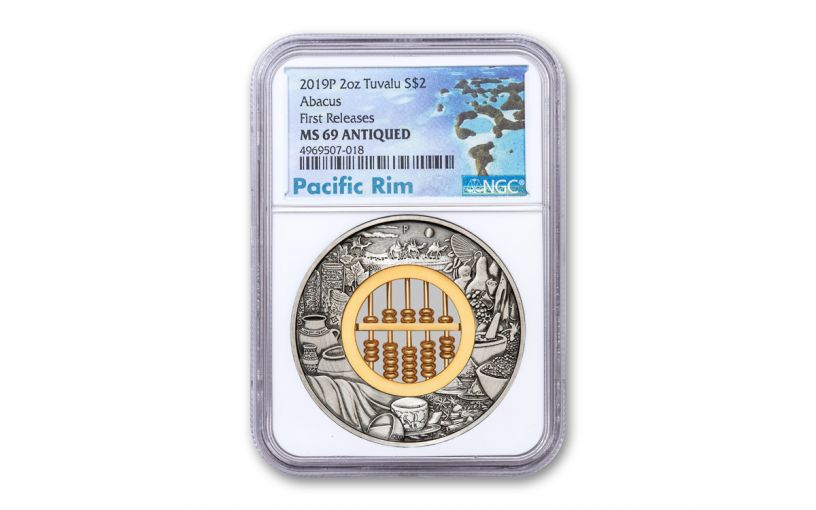 Availability: Out of Stock
This item is currently Out of Stock. Please sign up to be notified if this product becomes available.
Item #
351830
Add to Wish List Add to Wish List Wishlist is for registered customers. Please login or create an account to continue. Add to Compare

Sold Out at the Mint

From Basic Addition to Thermodynamics and Aerospace

Mathematics are one of the foundational pillars of human society. Through math, we can do everything from count our fingers to launch massive metal machines into space, walk on the moon, and return safely. Nowadays we take large calculations for granted thanks to having computers, calculators, and smartphones capable of solving complex equations in seconds. But just a few hundred years ago those things simply didn’t exist. Go back a few thousand years and math was still in its infancy. It was difficult to really do any equations let alone complex problems necessary to push society forward.

Enter the abacus, a tool that many people know about today, but few understand. The abacus seems simple enough compared to what we have at our disposal now, but through its design, math, science, and commerce all grew. Now, more than 2,000 years after its creation, the abacus returns on this ingenious coin that features an actual abacus set into the center of the coin complete with moving beads and plated in 24-karat gold! Struck in two full ounces of 99.99% fine silver by Australia’s prestigious Perth Mint on behalf of the island nation of Tuvalu, this legal-tender coin not only pays tribute to this early calculator, but it also celebrates how it helped advance trade and cultural exchange between East and West.

One of the greatest contributions the abacus made to history was its use along the famous Silk Road, a 64,000-kilometer-long (9,768 miles) series of trade routes that connected China to the Middle East and Europe. Through the Silk Road, the Renaissance period occurred and pulled Europe out of the Dark Ages and into a world of enlightenment. Merchants came to depend on the useful calculating tool as they took stock of inventory and negotiated deals with shrewd traders. The coin’s reverse depicts some of the most notable items traded on the Silk Road such as spices, fragrances, and of course, silk. With an antique finish, this coin can be handled without fear of damage so you can appreciate all of its fine details up close!

In addition, your 2019 Tuvalu Two-Ounce Silver Abacus Coin has been graded by the Numismatic Guaranty Corporation (NGC) as being in near-perfect Mint Staate-69 (MS69) condition, a distinction that means your almost-flawless coin will showcase an impressive full strike and indistinguishable imperfections – well above and beyond the quality of the vast majority of coins in the series. What’s more, NGC has certified that your coin is a First Releases (FR) coin, a designation that means it was received by NGC or an NGC-approved depository within the first 30 days of its release. It will come sealed in an acrylic holder with an exclusive South Pacific label.

With a maximum worldwide mintage of just 2,500 pieces already announced as a complete sell-out nat the mint, you can’t count on these 2019 Tuvalu Two-Ounce Silver Abacus Antiqued Coins being available for long. Add one to your cart today!

The abacus is a fundamental piece of humanity’s development and the history it holds is rich and long. GovMint is the place to pick up one of these amazing coins!