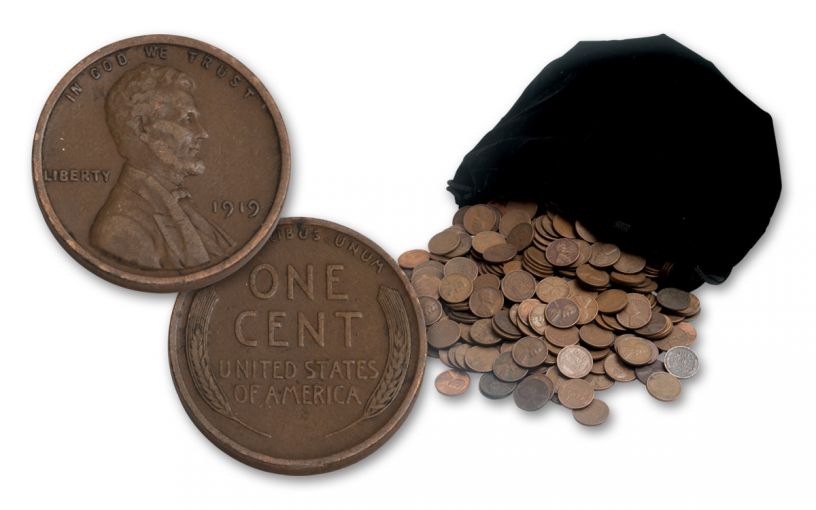 Did You Get Your Wheat Ears?

For more than 100 years, the Lincoln Cent has been a familiar coin. Designed by Victor David Brenner, it was originally issued to commemorate the 100th anniversary of President Abraham Lincoln’s birth and was the first coin to depict the likeness of an actual person compared to all other previous coin series that depicted various renderings of Liberty. For the first 50 years of its run from 1909 to 1958, the coins were called “Wheat-Back Cents” for their distinctive wheat ears that appeared on the reverse. The wheat ears were replaced by the Lincoln Memorial beginning in 1959.

Most of these pennies have long since disappeared, but now you can acquire them in a three-Troy-pound bag! These coins come struck between 1910 and 1929 – a date range that encompasses World War I, Prohibition and the Roaring ’20s. It was also a time during which just 4% of all Wheat Cents were struck! It’s the perfect gift for a burgeoning collector, and a great idea for a fun family evening – gather everyone around the table, empty out your bag and enjoy seeing how many dates and mint marks you’ve managed to acquire. Dates vary, but each is more than 90 years old. Coins come in Good or better condition with lots of nice detail.

Lincoln Wheat Cents are one of the most popular and widely collected U.S. coins today. In fact, many young collectors get their start in the hobby through these small and affordable coins. Look elsewhere and you’ll find similar bags of Wheat Cents selling for as much as $1.50 per coin. But order now and you’ll get 360 vintage Wheat Pennies for less than 36 cents per coin!