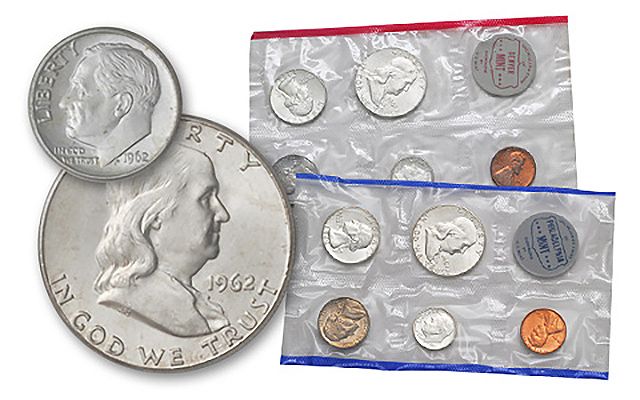 For no apparent reason, demand for Mint Sets jumped in 1962, propelling sales to nearly 400,000. As in most years, Mint Sets were the quickest and easiest way to obtain nice Uncirculated examples of every denomination and mintmark combination struck during that year.

About the sets: The coins in the 1962 Mint Sets were Uncirculated pieces pulled from regular production runs, thus the quality of the individual coins varies wildly from set to set and even within a set.

The 1962 Mint Set contained ten coins, including the following: