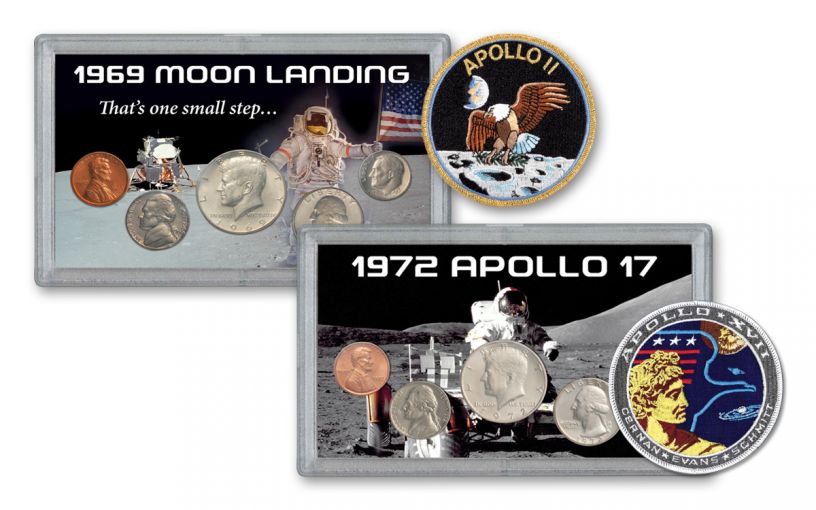 Availability: Out of Stock
This item is currently Out of Stock. Please sign up to be notified if this product becomes available.
Item #
349564
Add to Wish List Add to Wish List Wishlist is for registered customers. Please login or create an account to continue. Add to Compare
Recommended Products
Product Description

From 1969 to 1972, NASA successfully landed six Apollo missions on the moon. Beginning with Apollo 11’s one-day visit that lasted barely more than 22 hours to Apollo 17’s epic three-day excursion, these historic adventures placed America at the forefront of space exploration while advancing humankind ever forward.

Today, as we celebrate the 50th anniversary of Apollo 11’s first successful moon landing in 1969, renewed interest has been given to all of the Apollo moon missions and the excitement millions of people around the world felt as they sat huddled in front of their televisions watching the astronauts blaze trails across the moon’s surface. While they sat transfixed by the images that flickered into their dark living rooms from beyond our planet, these coins sat in pockets, piggy banks and local tills.

This offer brings you a set of circulating coins from both 1969 and 1972, struck the same years as the Apollo 11 and Apollo 17 spaceflights. These missions represent our first and last manned expeditions to the moon. Each set contains a Lincoln Cent, Jefferson Nickel, Roosevelt Dime, Washington Quarter and Kennedy Half Dollar, all in Brilliant Uncirculated (BU) condition. As an added bonus, you’ll also receive replica mission patches from each mission and an authentic U.S. Military Payment Certificate (MPC) that would have been circulating during these years while the Vietnam War raged on in Southeast Asia. The note is significant because it shows an astronaut in open space.

Will we ever return to moon? Who knows, but you can keep the memories of America’s first and last (so far) missions to the moon forever close to your heart by securing a complete 1969 & 1972 Moon Landing 10-Coin Set today!

Pay tribute to the 50th anniversary of the first successful moon landing with this 1969 & 1972 Moon Landing 10-Coin Set. Land one in your cart today!