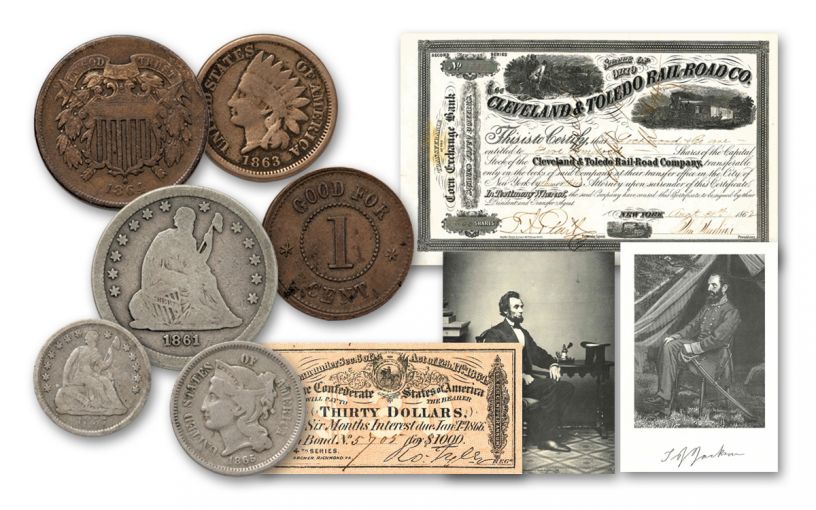 Availability: Available for Order
This item will ship 06/11/21
Item #
222159
CC Payments as low as
$139.50 / month
Add to Wish List Add to Wish List Wishlist is for registered customers. Please login or create an account to continue. Add to Compare

Vanishing Coins of the Civil War

When the American Civil War broke out in 1861, citizens feared the worst and began hoarding their coins. Circulating coinage virtually disappeared — but thanks to some expert detective work, we’ve recovered some of the Vanishing Coins of the Civil War for this exciting set. Here’s what you’ll receive:

Dates vary between 1852 and 1865. In addition, you’ll also receive replica photos of Confederate General Thomas “Stonewall” Jackson and President Abraham Lincoln, a copy of the Gettysburg Address, a genuine Confederate Bond, and a Cleveland & Toledo Railroad Stock Certificate. All these extras turn this set into a full-blown Civil War collection!