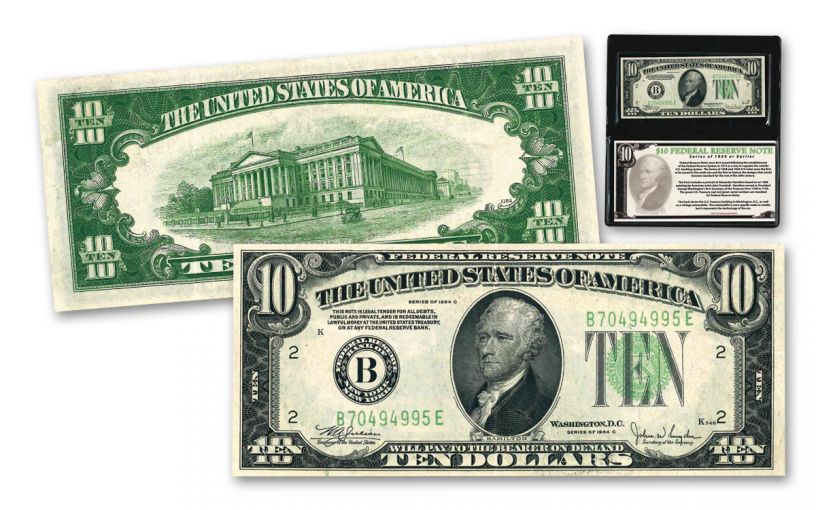 Availability: In Stock
This item will ship within 2 business days.
Item #
365359
Add to Wish List Add to Wish List Wishlist is for registered customers. Please login or create an account to continue. Add to Compare

During the years of the Great Depression and World War II, the Federal Reserve circulated its first small-sized notes. Up until 1928, it had issued larger “horse blanket” notes. There were also several different “colors” issued, like Blue Seal Silver Certificates, or Brown Seal Federal Reserve Notes with “Hawaii” overstamped on the back in case of an invasion. This is one of the standard 1934 $10 Federal Reserve Notes, featuring the recognizable portrait of former Treasury Secretary — and current Broadway star — Alexander Hamilton, a stark green seal, and a serial number. Most of these notes were destroyed by the Treasury when they wore out or were replaced, making them difficult to come by. Secure yours now in Circulated condition.