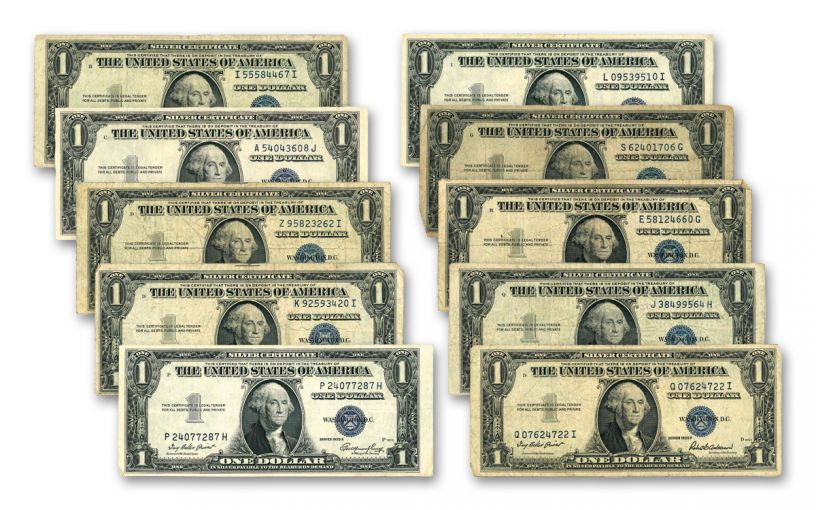 Availability: In Stock
This item will ship within 2 business days.
Item #
349372
Add to Wish List Add to Wish List Wishlist is for registered customers. Please login or create an account to continue. Add to Compare
Recommended Products
Product Description

1935. Adolf Hitler had already been Chancellor of Germany for two years, and his Nazi Party was consolidating power. Within six short years, the United States would officially enter World War II. And these notes were there to see it! Issued in 1935, these Silver Certificates could be traded for hefty Silver Dollars. That is, until 1963 when they were discontinued by an Act of Congress. 1935 was also the final year the U.S. Mint struck 90% silver dollars, making Very Fine (VF) Silver Certificates of this particular date even more coveted. And expensive – look elsewhere and you’ll find just one of these notes in a lower condition selling for as much as $25.50 per note. That’s $225 for a pack of ten! But secure yours now and you’ll get these attractive blue-seal notes at an excellent price.