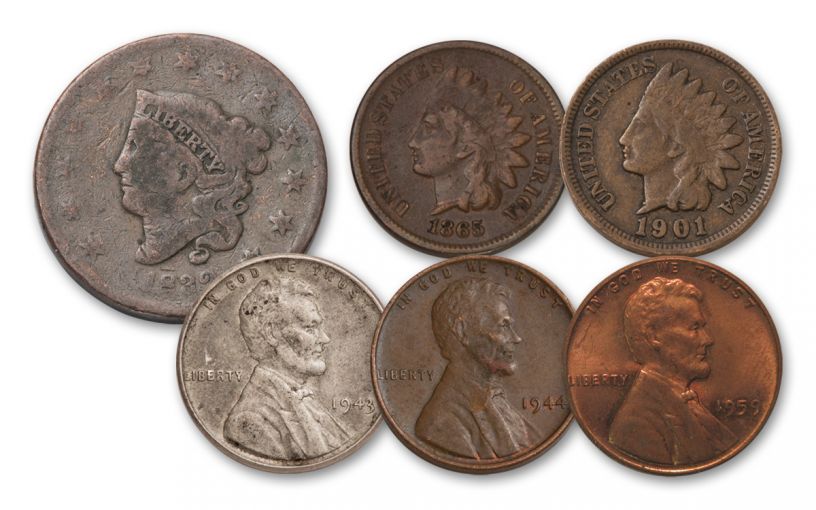 Availability: Out of Stock
This item is currently Out of Stock. Please sign up to be notified if this product becomes available.
Item #
345075
Add to Wish List Add to Wish List Wishlist is for registered customers. Please login or create an account to continue. Add to Compare

The Lincoln Cent is the longest running coin series in United States history, struck for more than 100 years with Victor D. Brenner’s instantly-recognizable portrait of President Lincoln. But that wasn’t always the case. This fantastic six-coin set brings together six types of U.S. pennies from our nation’s history that encompass 200 years of one-cents designs.

In this comprehensive set you’ll be able to trace the evolution of America’s one-cent coin. The collection includes the following coins:

Each coin comes in Very Good to About Uncirculated (VG-AU) condition and will be stored in a clear numismatic plastic flip. Take a trip through U.S. history and secure your U.S. Penny Type Set now.