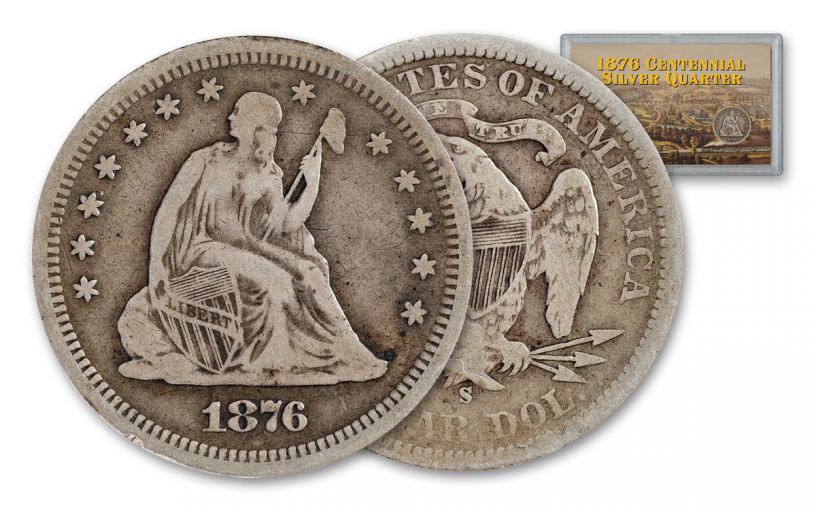 Availability: Available for Order
This item will ship 03/31/21
Item #
345465
Add to Wish List Add to Wish List Wishlist is for registered customers. Please login or create an account to continue. Add to Compare

To celebrate the 100th anniversary of the signing of the Declaration of Independence, the first official World’s Fair in the United States was held in 1876 from May 10 through November 10 in Philadelphia. Visitors were treated to a host of new inventions, including sewing machines, typewriters, and Alexander Graham Bell’s first telephone. Other exhibits featured the right arm to the as-yet-unfinished Statue of Liberty, the first monorail system, and new foods like bananas, popcorn and Heinz ketchup. The turnout was nothing short of incredible – an estimated 10 million people attended. That’s about 20% of the entire nation’s population at that time – a time that’s still decades away from automobiles being a common mode of transportation!

Since it cost two quarters to attend the Centennial International Exhibition, these 1876 Seated Liberty Silver Quarters were probably lining the pockets of millions of eager fair goers. When you hold one of these Centennial Quarters in your hand, you’ll be able to feel the excitement and wonder that folks experienced at the grand event more than 140 years ago! Each 1876 Centennial Seated Liberty Silver Quarter available in this offer was struck in 90% fine silver and comes in handsome Fine (F) circulated condition.

This important piece of U.S. history can now become an important piece of your collection. It will also come housed in a clear holder with a custom-designed card detailing the Centennial. Step back in time and click one to your cart today!